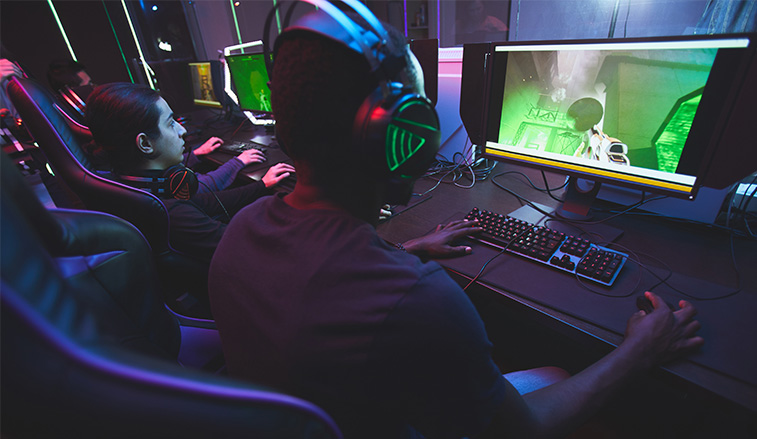 SLIPPERY ROCK, Pa. — Video games have probably always been a way to "Rock The Weekend" at Slippery Rock University, but now it's official. The Conference Services Department of the Smith Student Center is hosting an esports tournament, 6-9 p.m., Oct. 18, in the SSC Ballroom. The event is part of the Office of Student Engagement and Leadership's ongoing Rock The Weekend series of programming.

At the tourney, SRU students will be pitted against each other to play Super Smash Bros. Ultimate, a video fighting game using the Nintendo Switch console. During the competition, players control various Nintendo characters - including Mario and Sonic the Hedgehog - using differing attacks to weaken their opponents and knock them out of an arena. There will also be opportunities at the event for students to play games and learn about gaming outside of the tournament play.

The tournament is one-vs.-one, three stock (or "lives") and a best-of-three game format with no "items," which are objects in the game the fighters can throw. Classic GameCube, joy cons and Nintendo Switch gaming controllers will be provided. Next Level Gaming will provide the gaming equipment. Up to four games will be played concurrently on separate screens with one large screen displaying the action.

"A lot of our students are interested in esports and we see it becoming more prevalent," said David Markley, assistant director of Student Center and Conference Services. "We want to meet the needs of our students and try something that we haven't done before."

Interest in esports has grown at SRU in recent years. Membership in the Esports Club at SRU has reached nearly 100 students. The club was formed two years ago with fewer than 15 members. Teams representing the Esports Club at SRU play in intercollegiate tournaments every weekend during the semester, playing games like League of Legends, Overwatch and Counterstrike, but the Oct. 18 event is the first tournament available to all SRU students.

SRU students can register for the Super Smash Bros. Ultimate tournament on the event's page on SRU's CORE platform by clicking here. They can also learn more about the Esports Club at SRU on the team's CORE page.