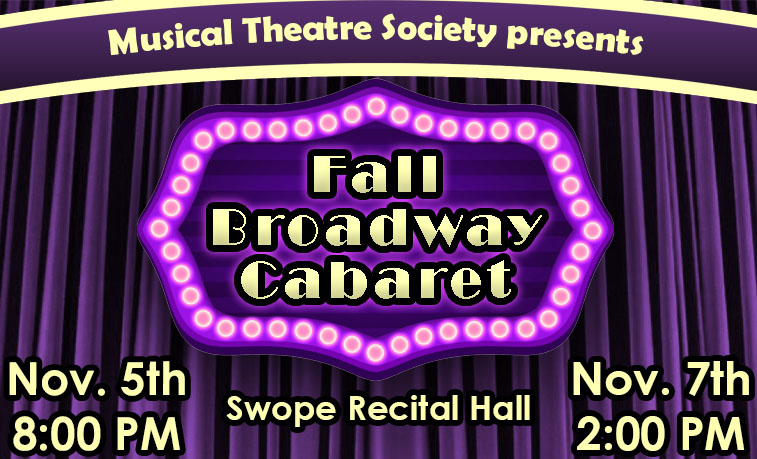 Forty-four students from a variety of majors and experience levels will perform in the production that features 20 popular Broadway musical theater songs, including selections from "Hamilton," "Dear Evan Hansen" and "Mean Girls."

"We're excited to have Broadway as our theme and cover songs that people want to see and hear as well as the classics," said Brandon Pierce, a junior communication major from Gibsonia, who is a performer and MTS's public relations chair. "Even Broadway shut down during the pandemic, so we're excited to bring live musical theater back to the community once again. People can expect to see a lot of singing, dancing and fun costumes." 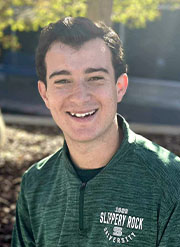 MTS is a group that rehearses, purchases music and performs independently from the University and any of its curriculum. MTS conducts rehearsals four days a week but individuals can participate once a week or with fewer commitments than productions that are part of academic programs.

"Musical Theatre Society provides a great way for students to de-stress and step away from their schoolwork to sing and dance and make a lot of friends with people who share similar interests," Pierce said. "We're excited to have many news students involved as 70% of the students in this show have never performed with MTS in the past."

The cast for MTS's Fall Broadway Cabaret include:

Admission for the event is a $5 donation with an SRU student ID and $7 for the general public. The audience is required to wear face masks while inside the Swope Music Hall.

More information about MTS is available on CORE, SRU's online platform for student organizations and activities.