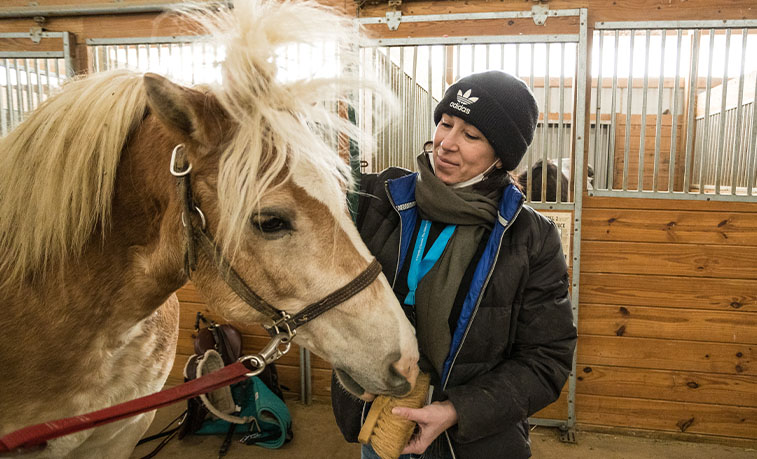 SLIPPERY ROCK, Pa. — On a November morning at Slippery Rock University, three military veterans found their calm within the storm. There was no wind or rain on this day, but rather peace and recovery were discovered at SRU's Storm Harbor Equestrian Center.

"Being around horses, they pick up your energy, so you really have to get yourself in a calm state when you're here," said Christina Payan, a U.S. Navy veteran, while grooming a Haflinger gelding named Midas on her first visit to Storm Harbor.

Payan was first introduced to horses through a posttraumatic stress disorder treatment program through the U.S. Department of Veterans Affairs, and now, in her second week as a resident at the VA Pittsburgh Healthcare System's H.J. Heinz Campus, she's taking advantage of the opportunity to travel with other fellow residents to SRU through a program that offers equine therapy for veterans with mental health conditions, such as PTSD. 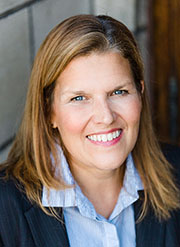 Betsy Kemeny, an associate professor of parks, conservation and recreational therapy, wrote a grant to receive funding from the VA for adaptive sports, with SRU focusing its program on adaptive and therapeutic horseback riding. The program has been funded by the VA for most years since 2006, in various extents and capacities. This year, however, SRU received $61,980 from the VA to continue its program that is expected to serve more than 150 veterans who are transported to SRU from the VA health centers in Pittsburgh and Butler.

"There's a lot of research that shows the benefits of being around horses," Kemeny said. "Whether that's for treating substance abuse disorder or chronic mental health conditions, there are many benefits to grooming the horses and riding together and people are able to open up more socially."

"A lot of the horses' tendencies are survival skills that mimic PTSD symptoms," said Payan, who served in the Navy from 2009-13. "They're hyper vigilant, and they're constantly seeking safety, which is why they'll stay in herds."

Other veterans, such as Justin Badia, who served in the Army in 1995 and was injured during training, simply enjoy getting away from the VA for a few hours.

"I love it; it's something I haven't had a chance to do for a long time," Badia said. "I was getting tired of the everyday routine and coming out here and being with the horses, grooming them and learning to the ride them, it makes me feel good."

Hayley Sherer, a recreational therapist at the VA Pittsburgh, notices positive long-term effects as well. Although the group of veterans who come to SRU from the VA Pittsburgh is not the same each week, some come as many as five times in a year.

"As they continue to come back, it boosts their confidence," said Sherer, a 2015 SRU graduate with a degree in recreational therapy. "This experience can translate into other areas of their lives."

Veterans who go to SRU each week come from one of two programs, a domiciliary care program for homeless or unemployed veterans and a psychosocial rehabilitation treatment program, which is an inpatient, residential mental health program where veterans stay at the VA for a few months. 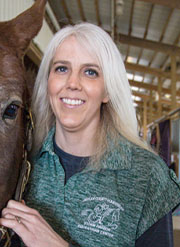 The weekly equine therapy sessions at SRU last between 1-2 hours. The veterans will groom and harness and saddle the horses, go through a safety demonstration and then ride at Storm Harbor's heated, indoor riding arena which takes up more than half of the facility's 23,700 square feet.

"They get to do the hands-on groundwork with the horse and then ride," said Courtney Gramlich, Storm Harbor manager, who works closely with administering the program."It's like any physical activity where you might not want to do it at first, and once you come in and do it, you feel better after you're done. But the horses help bring out their personalities and make them feel better a little bit quicker."

Another benefit to the program is the experience it lends to SRU students who go through training and volunteer to work with veterans, a population with whom they might not have otherwise gained experience. Students from recreational therapy, occupational therapy, physical therapy, athletic training and others have the opportunity help the veterans as each rider is matched with at least one student during a session.

"The students can learn by doing and that takes them far beyond the reading of a textbook," Kemeny said. "Not that there are huge stereotypes about veterans, but students might have something built up in their minds about somebody who has a mental health problem. When you work with somebody, you realize what a great experience it is to learn and know that (the veteran) is not much different than you are. That's really important for students to have those stigmas challenged, especially with mental health issues."

More than 120 SRU students will volunteer for the program in a year. They include Jasmine Clark, a junior recreational therapy major from Canton, Ohio, who wanted to gain experience that will help her in her career as a recreational therapist.

"I'm helping provide therapy for other people, but it's therapeutic for me in a way," Clark said. "I've had opportunities to work with children, so working with veterans is different for me. With children, I help more with the physical and gross motor skill development, but veterans are more independent, and the focus is more about recovery."

Not to be overlooked by what volunteers and participants get out of the program is what they put in.

"You can tell that everyone really puts their heart and soul in all of this," Sherer said. "It's a fabulous program, and it helps that everybody here is so friendly and giving."

More information about the Storm Harbor Equestrian Center and the recreational therapy programs are available on the SRU website. 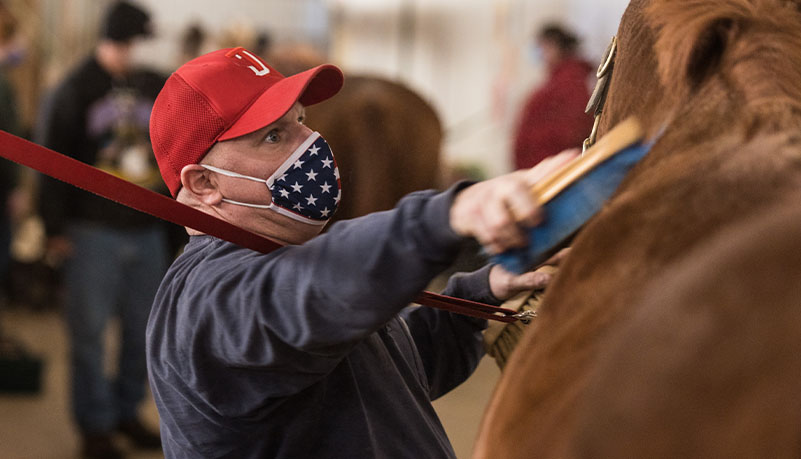 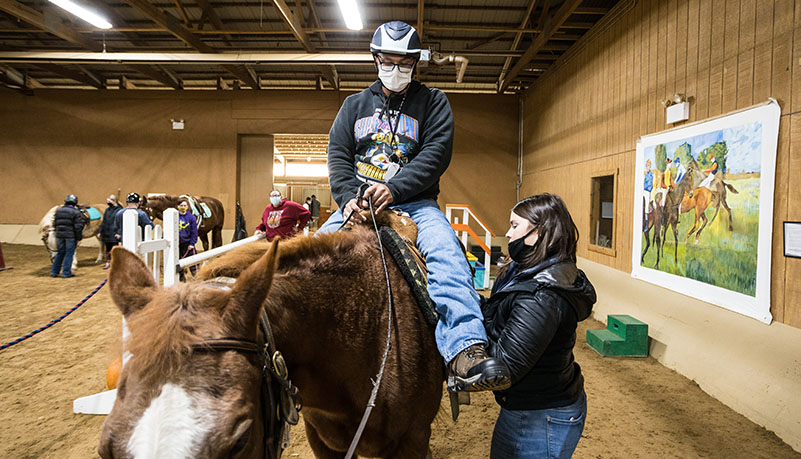 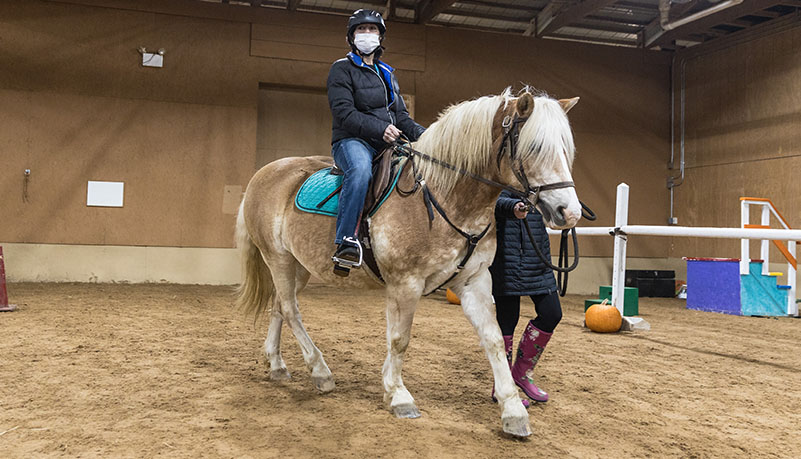 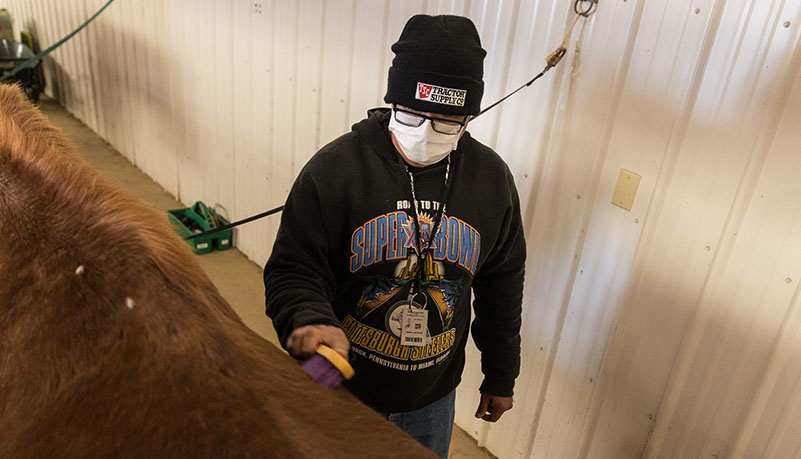 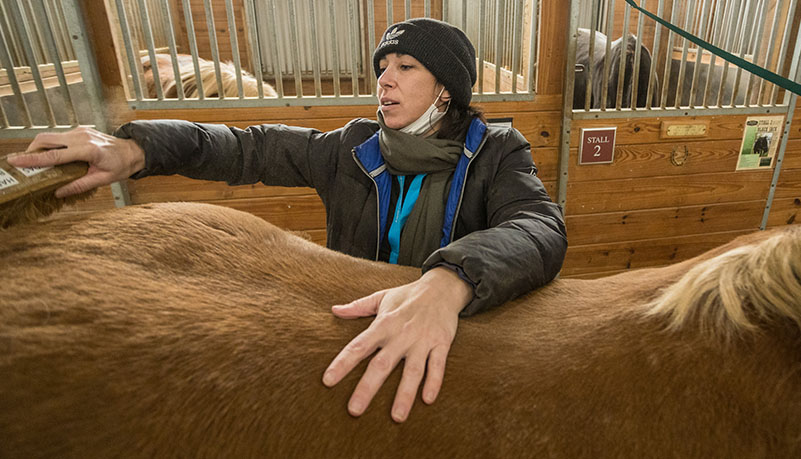 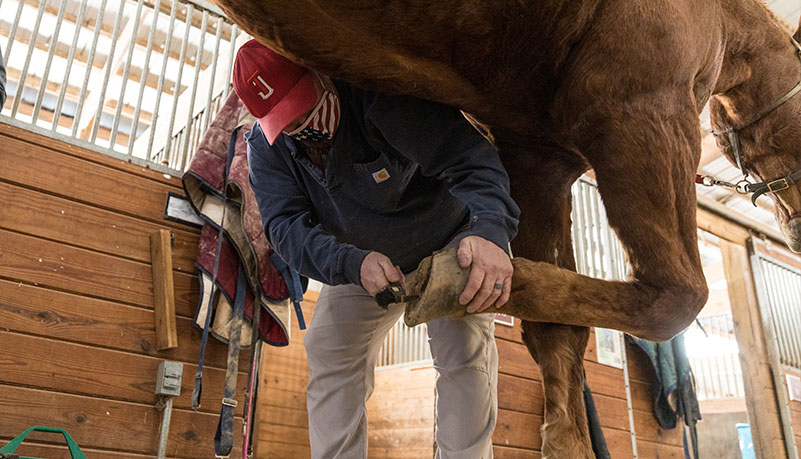 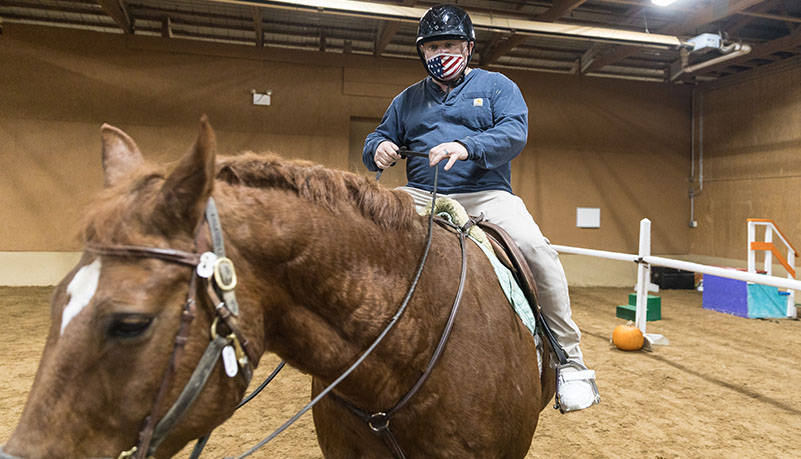