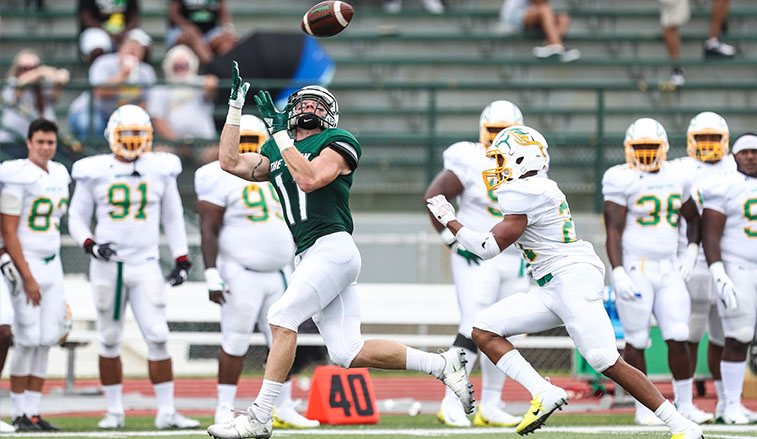 SLIPPERY ROCK, Pa. - If fans can't make it to the football game, Slippery Rock University will bring the football game to the fans. And considering the 400-plus miles between SRU and Brookville, New York, many will probably be thankful for the consideration.

SRU President William Behre will host a watch party, 12 p.m., Nov. 17 at Rocky's in the Smith Student Center, where fans will be able to watch SRU's first round NCAA Division II playoff game against Long Island University Post. Pizza and refreshments will be served. The event is free and open to the public.

"We're so excited that the football team advanced to the playoffs and this is a great way to share that excitement," Behre said. "This not only makes watching the game more enjoyable but it builds community and gives us a chance to show our SRU pride."

SRU (9-2) is playing in the national playoffs for the first time since qualifying three straight years from 2013-15. After winning the Pennsylvania State Athletic Conference Western Division with a 7-0 mark, SRU is seeded seventh in its region. If SRU beats the second-seeded Pioneers (10-0), the Rock will either play at New Haven or travel to West Chester for a PSAC championship rematch with the Rams Nov. 24.