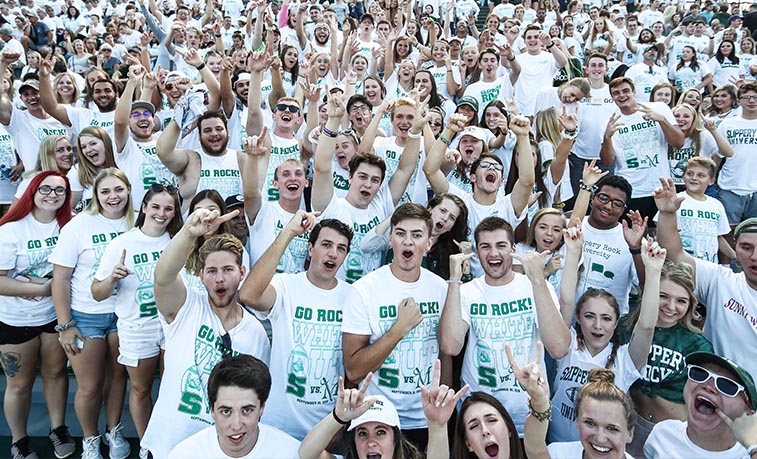 SRU's soccer team, which earned a first-round bye in the NCAA Tournament after winning the Pennsylvania State Athletic Conference championship, will host either Concord University or West Chester University at 1 p.m., Nov. 23 at James Egli Field.

The undefeated Rock football team also earned a first-round bye in the NCAA Tournament following its PSAC Championship game victory at Kutztown University and will host either Shepherd University or Indiana (Pa.) University at 1 p.m. Nov. 30 at Mihalik-Thompson Stadium.

To receive free entry to either or both games, students need to have the CORQ app downloaded on their mobile devices and present their valid Slippery Rock ID card at the entrance of James Egli Field or Mihalik-Thompson Stadium on the day of the games.