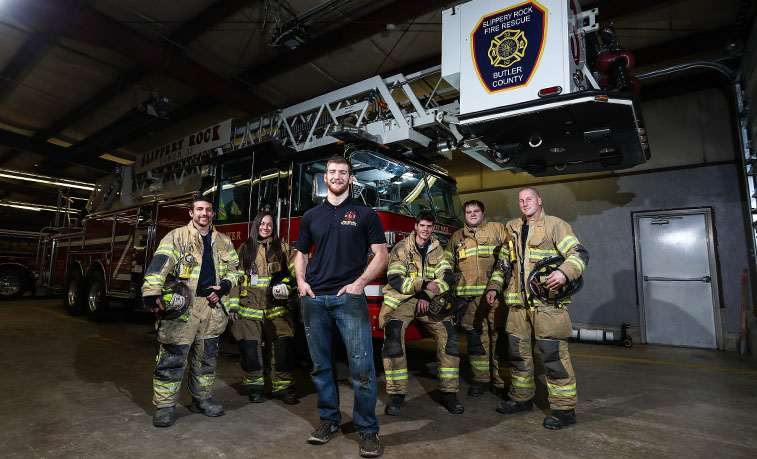 Slippery Rock University received its largest alumni gift on record, a $1 million donation that will fund a scholarship for students who demonstrate commitment to community service, including those who work as emergency first responders.

SLIPPERY ROCK, Pa. — Ask members of the Haverlack family and they will tell you that Slippery Rock University has played a big role in their lives. Brothers Stewart and Elliott graduated from The Rock in 1979 and 1980, respectively, and Elliott's son, Zane, earned a degree from the University in 2008.

Now, it's the Haverlack family's turn to play a big role in the life of Slippery Rock University; one could even say a leading role. Elliott Haverlack and his wife Rhonda recently donated $1 million to establish the Frank and Margaret Haverlack Good Citizen Scholarship, named in honor of Elliott's late parents.

"The gift from the Haverlacks is the largest that SRU has ever received from an alumnus. I am humbled by their generosity and grateful for their commitment to providing life-changing opportunities to future generations of SRU students," said William Behre, president of SRU. Behre announced the gift at the Dec. 7 Celebration of Giving.

The Haverlack Scholarship will be awarded to one incoming first-year student each year starting with the 2020 fall semester. The scholarship will cover up to half of the recipient's tuition and will be renewable for up to four years.

"The Haverlack family is honored to partner with Slippery Rock University to connect the good citizen leaders of tomorrow with a 'Rock Solid' education," Elliott Haverlack said. "My parents, Frank and Margaret, loved the Slippery Rock community and its people and they believed in the importance of education. My time at SRU was far more than just a classroom education, it prepared me to achieve success and fulfillment in life."

Frank and Margaret Haverlack, who passed away in 1976 and 2004, respectively, operated a general store near Slippery Rock in the 1970s and served the community through sponsoring scouting and church organizations. They left a legacy of caring, kindness and social awareness, especially for their sons. 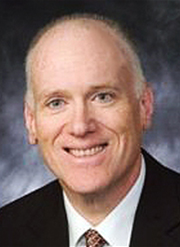 "I can't think of a better or more perfect example of that than this gift. During his time here, Elliott 'clicked' with this institution and it with him. To have that kind of relationship with your University is very special. Elliott's gift is the result of the impression that each made upon the other and is something that will continue through the awarding of this scholarship."

In addition to meeting a required high school GPA of 3.0, to be considered for the Haverlack Scholarship candidates must demonstrate a commitment to community service. Examples include work as an emergency first responder, a volunteer with a nonprofit organization, or as with a leadership role within a scouting or religious organization. Upon receiving the Haverlack Scholarship, students must maintain good academic standing and serve as campus leaders at SRU by completing at least 10 hours of service per week during the academic year.

"This is an incredible gift that pays tribute to Elliott's parents while assisting SRU students for generations to come," said Samantha Swift, director of development for the SRU Foundation, Inc. "We are extremely grateful to Elliott and his family. Their generosity is truly inspiring."

Elliott Haverlack, who earned a bachelor's degree in environmental science at SRU, resides in Estero, Florida, with his wife, Rhonda. He spent a majority of his 39-year working career in the pet industry, before retiring in 2012 as the president and chief operating officer of Meadville-based Ainsworth Pet Nutrition. He and Rhonda were cofounders and principals of Targeted Pet Treats headquartered in Warren. He currently operates a continuing education and executive coaching company and is a member of the board of directors for CJ Foods. Elliott also serves as vice chair for the Pennsylvania Chapter of Child Advocacy Centers and Multidisciplinary Teams.

Information about applying for the Haverlack Scholarship will be available in 2020 at sru.edu/scholarships. For more information about the SRU Foundation, Inc., contact Swift at: sswift@srufoundation.org or 724.738.2191.