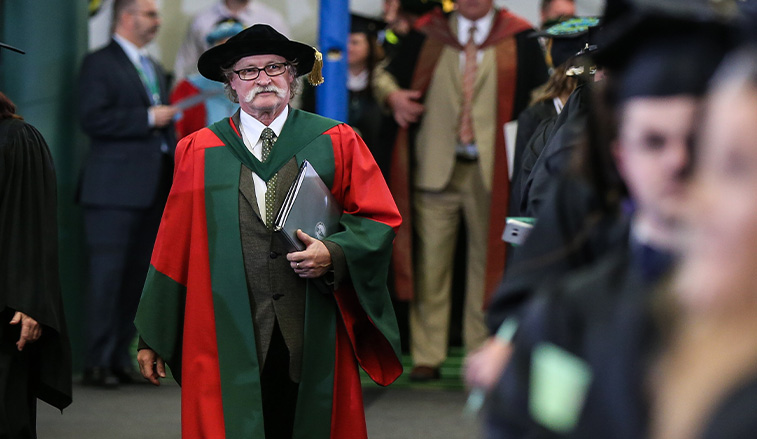 Jerry Chmielewski, a former Slippery Rock University interim provost and dean of the College of Health, Engineering and Science, was one of two retiring administrators presented with commendations by the SRU council of trustees at their quarterly business meeting, Dec. 10.

SLIPPERY ROCK, Pa. — At its quarterly business meeting, Dec. 10, the Slippery Rock University council of trustees honored Jerry Chmielewski, a former SRU interim provost and dean of the College of Health, Engineering and Science, and Paul Leuken, director of athletics, with the presentation of commendations for their decades of service to the institution.

Chmielewski, who during the course of the past five years alone, has served the University as a faculty member, interim dean, permanent dean, interim provost, and is now, on the eve of capping a 30-year career at SRU, is in a final role as special assistant to the provost. Chmielewski has announced his retirement from the University in January 2021.

Chmielewski accepted his current role in June when Abbey Zink was hired as SRU's provost and vice president for academic affairs, a position that Chmielewski had on an interim basis the 12 months prior. In his latest role, Chmielewski has been preparing for SRU's impending reaffirmation of accreditation from Middle States Commission on Higher Education, as well as ongoing academic program development, consulting Zink in her new role and continuing to offer guidance on the University's response to the COVID-19 pandemic.

"Dr. Chmielewski has been instrumental in growing the College of Health, Engineering and Science and has proven to be a larger-than-life presence with his leadership, mentorship and professionalism," said Matt Lautman, chair of the trustees. "He has been a constant force for real action through his strong work ethic and devotion to this institution. He will clearly be missed."

After more than 26 years leading the SRU Athletic Department, Paul Lueken announced Oct. 15 that he would retire from his position as director of athletics on Jan. 1, 2021. 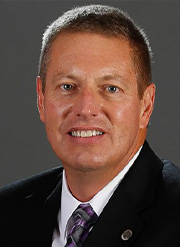 Among the highlights of Lueken's tenure was in 2007-08 when SRU won the Pennsylvania State Athletic Conference's Dixon Trophy, presented to the top overall athletic department in the league. SRU has routinely placed in the top third of the Dixon Trophy standings each year. Since he took over the Athletic Department in 1994, SRU has won 39 PSAC championships and had 11 individual student-athletes win a national title.

"Paul has been an outstanding representative of this institution, and we are grateful to him for his incredible run and years of service," said William Behre, SRU president. "The University truly values all the work he's done for our institution, athletics and especially our student-athletes."

He directed the College's aquatics program, was the designer of the swimming pool in the former East-West Gym, and from 1925-32, conducted "Camp Caneswasco," a summer camp held on the banks of Slippery Rock Creek for incoming health and physical education students. Following his retirement from SRSC, Cottrell served the commonwealth as chief of health, physical education and recreation, a position he maintained until 1956.

Following his death, Cottrell's family established the Elmer B. Cottrell Memorial Scholarship which is awarded annually to a junior or senior physical education major who demonstrates financial need. Students must demonstrate good citizenship or leadership capabilities and be in a good academic standing.

Through its standing committees, the trustees received: