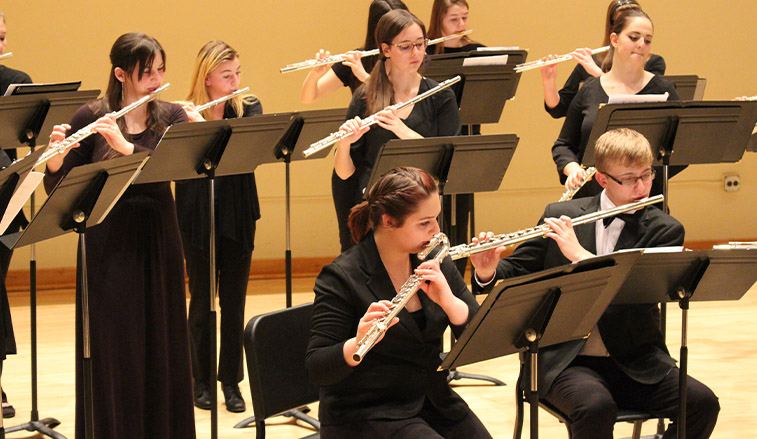 Cassandra Eisenreich, SRU assistant professor of music and the coordinator of both the SRU Flute Studio and Honors Flute Ensemble, said the ensemble is an opportunity for high school students to learn from professionals and grow as musicians while providing SRU students the chance to serve as mentors and leaders.

"High school students who are accepted into the program have the chance to interact with artists from all over the country and to form connections with other flutists while also enhancing their musicianship," said Eisenreich.

The program will culminate with a Zoom concert at 7 p.m., Feb. 28, 2021, where students will premiere three commissioned pieces from a trio of professional composers and flutists, including:

"It's an exciting thing for high schoolers to have the opportunity to premiere new music as it's something they wouldn't otherwise get to experience until college," Eisenreich said. 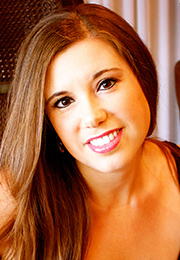 To audition for the ensemble, students will submit an application and recording which will showcase them playing major scales and arpeggios, the chromatic scale, and a selection from Fantasie, Op. 79 by Gabriel Faure.

Accepted students will prepare for the concert through virtual rehearsals and online classes that will involve building technique and tone to musicianship well-being with SRU students and clinicians outside of the University.

Clinicians recruited for the 2021 Honors Flute Ensemble include:

SRU Flute Studio students participating in the event include:

Athena Konidaris, a senior at Penn-Trafford High School who will be attending SRU in fall 2021 to study music education, has participated in the Honors Flute Ensemble for the past three years after a teacher suggested she should audition.

"I have always loved music and while I tried other things, this stuck," said Konidaris. "Getting to participate in the Honors Flute Ensemble not only reinforced music as my path, but I love working with the artists, learning new techniques and making more friends each year."

On the mentoring end of the experience, Heidkamp, who has participated in the ensemble for two years as a high school student and four years as an SRU student, appreciated the opportunity as a way to further explore music and to help provide a similar experience for younger musicians.

"As a high school student, attending the ensemble was a great experience musically as I hadn't gone to a school with a great music program," Heidkamp said. "(The ensemble) was important in expanding my musical skills and ended up introducing me to many of my current classmates.

"It changed my perspective on everything and helped me to make some life changing decisions. While I was considering becoming a music major before I arrived at SRU, the ensemble made me realize with certainty that there is nothing else I'd rather do."