William Behre, SRU president, made the announcement during the council of trustees' academic and student affairs committee meeting in the Smith Student Center Theater.

“Abbey is joining SRU at an exciting time as we look at a variety of initiatives to further solidify our foothold in the region,” said Behre. “These include a capital campaign, restructuring tuition and financial aid strategies, improving retention and graduation rates, pushing out-of-state recruitment and building new revenue streams. Her track record in building and supporting partnerships both inside and outside the campus is exactly what we are looking for as SRU reaches out for collaborations that serve both the University and our region.” 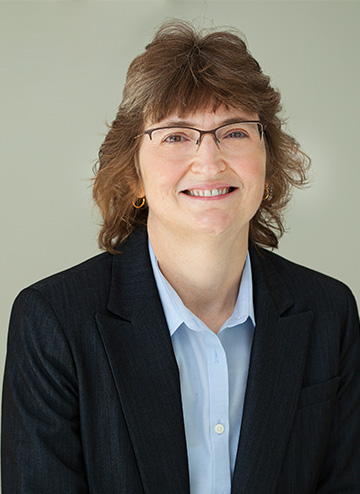 SRU's new academic officer will replace Jerry Chmielewski who has acted in an interim role since June 5. Chmielewski, who will return to his position as the dean for SRU's College of Health, Engineering and Science, assumed the interim role following the departure of Philip Way who was with the University from 2012-2019.

"I was very impressed by everything I saw when I visited the campus during the interview process," said Zink, a native of Milton, West Virginia. "Everyone I spoke with - the students, faculty and staff - were fantastic and clearly charged up about The Rock. For me, to see an institution so undeniably focused on continuing to move the needle forward, to get the opportunity to join in on that and continue to make an already great situation even better, is something you hope for.

"Having grown up in the region, I'm very familiar with western Pennsylvania and to be able to come back 'home,' if you will, has me very excited. Throughout my career I've been student-focused and forward-thinking. I'm a collaborator and love working across disciplines, units and the community to improve the standards of education and life for everyone. I have a real passion for creating learning and work environments where all not only feel welcome, but also have the opportunity to thrive. It's clear to me that SRU feels the same way, so I think the fit between myself and the University will be a great one."

On a personal note, the two-time Marshall University graduate, with a bachelor's degree in journalism (1989) and a master's degree in English (1995), is excited to again explore a particular portion of her wardrobe. "The Thundering Herd are also green and white, so I'll be able to pull a lot of stuff out of the closet much more frequently again," Zink said with a laugh.

During her time at WCSU she was a member of the Connecticut Department of Higher Education Advisory Committee on Accreditation which reviewed degree proposals from public and private institutions and made recommendations to the governing boards.

Under her leadership at SHSU, the College of Humanities and Social Sciences has taken the lead in addressing diversity and inclusion issues at the university. The college's Diversity and Inclusion Committee that Zink headed was the first of its kind among SHSU's seven colleges. Composition of that faculty-led committee has expanded to include student leaders and representatives from Student Affairs, Human Resources and at least one other SHSU college. In addition to planning programming, the committee developed a diversity-and-inclusion statement for the college.

At SHSU, she has overseen the creation of bachelor's degree programs in criminal justice and physics and three master's degree programs in criminology, music performance and cultural studies. In addition, she championed the creation of a new Department of Clinical Health Sciences to house accredited programs in communication sciences and disorders and social work, as well as worked collaboratively to sponsor the development of interdisciplinary research groups in biomedical sciences, social and behavioral sciences, biotechnology, and sustainable energy.

A first-generation college student, Zink said she is deeply committed to students and their success in the classroom and as alumni. As a faculty member, she coordinated the Writing and Tutoring Resource Centers at WCSU and led efforts to decrease the need for remediation in writing and math. At SHSU, she has focused her efforts on preparing liberal arts students for the job market through college-specific career workshops for graduating seniors, increasing internship opportunities and other applied experiences, and working collaboratively with Career Services.

She has been actively engaged in a variety of professional and community organizations, including being the treasurer and a board member of the Council of Colleges of Arts and Sciences and previously serving as secretary of the Texas Association of Deans of Liberal Arts and Sciences.

Her research interests include college readiness and late-19th- and early-20th-century American women writers.

Zink earned a doctorate in English at Northern Illinois University. She is an alumna of the Academy for Innovative Higher Education Leadership, a program offered through Arizona State and Georgetown universities; and the Becoming a Provost Academy, a program offered through The American Association of State Colleges and Universities and the Council of Independent Colleges.