Reporting directly to SRU President William Behre, the vice president for University advancement functions as the senior advancement officer and over sees the University's relationship with the Slippery Rock University Foundation, Inc. and ensures a coordinated approach in fundraising and advancement efforts. As such, Washington will be responsible for providing development strategies, building philanthropic partnerships, and creation and oversight of a capital campaign. Washington is expected to begin his new duties in January 2020.

At Salus, Washington was responsible for leading the university's community engagement and fundraising efforts to further enhance its mission of advancing integrated healthcare through innovative education, research and clinical services. During his tenure, he helped to quadruple trustee giving; oversaw a $5 million centennial campaign; and supervised a centennial gala that raised more than $140,000 for student scholarships. 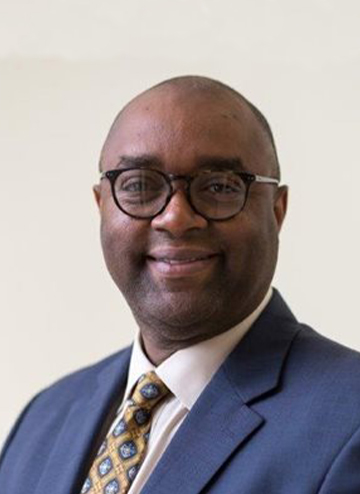 "Dennis brings experience, strong communication skills and, most importantly, a history of success to this critical position," said Behre. "Strong, healthy relationships with alumni and the community help the University increase resources and support for initiatives that enhance student learning. I'm excited he is joining our Rock Nation and look forward to his leadership ."

"SRU is a well-run, financially sound institution with a great reputation," said Washington. "What really attracted to me to this position was the wide-open ability to secure funding that will allow the institution to remain affordable, grow the endowment for future generations and increase the investment - both financially and emotionally - by our University community in the life of the institution. Throughout the interview process, I was excited by the administrators, faculty, students and staff that I met who were so enthusiastic about SRU and what it offers.

"I hope to bring strong leadership to the office and take fundraising to new levels at SRU. I hope to increase our alumni giving rate, support from administrators, trustees, faculty and staff, friends, as well as funding from corporations and foundations. I want us to cultivate, solicit and steward donors in a very professional and collegial manner as we enhance the performance and professionalism of the fundraising team."

"SRU has a large alumni base and being in the Pittsburgh region could provide opportunities to increase support from a variety of donors. There are many opportunities to engage corporations, foundations, vendors and friends of education that may be primed to support the University as well. The quality of the University's academic programming, along with its athletic programs, are worthy of even greater support from donors and I look forward to helping provide that."