SRU ROTC wins MacArthur Award; named one of top programs in the country 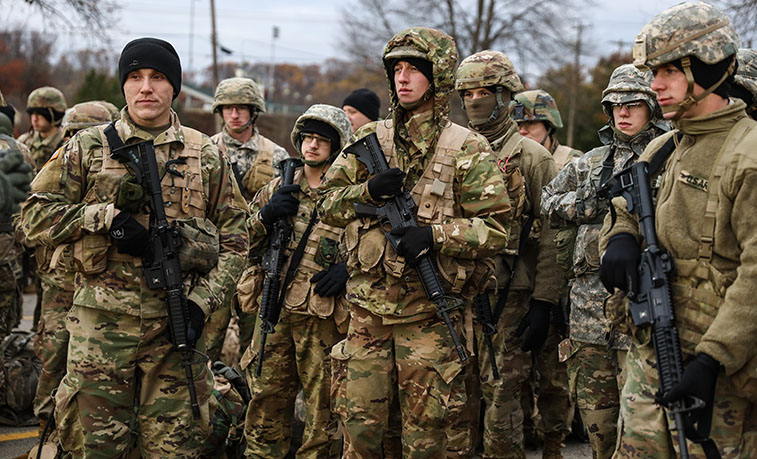 SLIPPERY ROCK, Pa. — Slippery Rock University's Reserve Officers' Training Corp Frontier Battalion has been selected as one of eight winners of the 2019-2020 MacArthur Awards, signifying it as one of the top programs in the country.

The awards, presented by Cadet Command and the Gen. Douglas MacArthur Foundation, recognize the ideals of "duty, honor and country" as advocated by Gen. Douglas MacArthur. The award is based on a combination of the achievement of the school's commissioning mission, its cadets' performance and standing on the command's National Order of Merit List and its cadet retention rate.

Only one institution from each of eight Cadet Command brigades representing 274 ROTC units nationwide was selected for the honor. SRU represents the 2nd Brigade, which includes more than 40 host institutions from nine states in the Northeast. 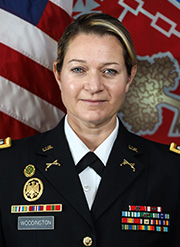 "The MacArthur Award is a tremendous honor for our program and it reinforces the high standards that our cadets strive toward as future leaders in the U.S. Army," said Lt. Col. Lillian Woodington, professor of military science and head of SRU's ROTC program. "There are a lot of people who support our cadets, from our University's administration to our cadre staff and the families of our cadets, but the cadets themselves deserve the credit for contributing to the success of the program established here at SRU."

The MacArthur Awards comes on the heels of several other recognitions for the program and cadets..

Eight senior SRU cadets were ranked in the top 20% on this year's OML, including Logan Thrush, a senior homeland security major from Brookville, who ranked No. 4 overall. The OML is a ranking of cadet performance that determines preference given to senior cadets for branch duty assignments following graduation and commissioning.

SRU's credentials for the MacArthur Awards also included its performance at the Ranger Challenge, an annual military skills competition. A team from SRU's ROTC, which includes cadets from Clarion University, placed third out of 46 teams in the 2nd Brigade's Ranger Challenge, hosted in October at the Joint Base McGuire-Dix-Lakehurst in New Jersey.

The top program among the eight brigade representatives will be announced in early 2020.