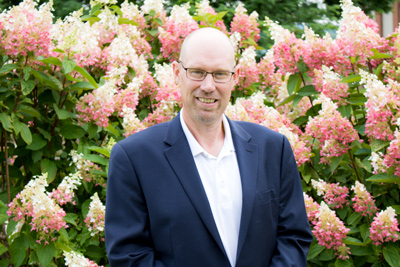 A native of Kansas, Jeffrey Rathlef earned a B.S. in Horticulture and B.A. in History from Kansas State University in 1993.  Upon graduation Mr. Rathlef entered the U.S. Peace Corps where he served as a rural community development volunteer in Ecuador from 1994-1997 assisting with community-based initiatives in crop extension, organic farming and environmental education.  Jeffrey went on to pursue graduate work at Ohio University, earning an M.A. in International Affairs (Latin American Studies) and M.A. in Cultural Studies in Education where he also conducted research on transformative learning and critical pedagogy through a travel seminar in Havana, Cuba (1999). Mr. Rathlef spent the next seven years (2001-2008) as the Assistant Director for Latin American and Caribbean Studies at World Learning's division of study abroad (SIT) where he provided direction and oversight to a robust portfolio of semester study abroad programs throughout the region.  At SIT, Mr. Rathlef engaged in program development, staff supervision and training, managerial operations, and contributed in areas of universal curriculum design, re-entry support, and ethical community development and engagement practices. Jeffrey comes to Slippery Rock University after an extensive eight-year tenure (2008-2016) as the Director for Community-Based Service and Learning at Gustavus Adolphus College in St. Peter, Minnesota.  At Gustavus Jeffrey significantly advanced the institution's community engagement agenda through the expansion of co-curricular service opportunities for students and increased faculty engagement including an annual workshop series, a faculty fellows program, and engaged departmental work.  Jeffrey also brought significant contributions to the institution's global service-learning efforts by teaching courses on popular education in Havana, Cuba (2014-16) and directing the establishment of an international sister city relationship between Saint Peter, Minnesota and Petatlan, Mexico; leading to international student exchanges, community engagement, and faculty and community involvement in the relationship as a result.  These efforts greatly contributed to Gustavus Adolphus College's 2015 recognition by the Carnegie Foundation as a classified community-engaged campus.  At Slippery Rock University (2016-present) Jeffrey serves as the Director of the Office for Community-Engaged Learning which leverages service-learning and community and civic engagement as powerful pedagogies to transform the intellectual, social, and leadership capacities of students to serve the common good and work toward the betterment of self and society.

Tori Kapopoulos is the Assistant Director for Bonner/Butler Initiatives. She aims to grow the SRU Bonner Program to build a strong connection between the University, local communities, and Bonner Leaders to encourage shared knowledge, expertise, and growth for individuals and communities. Tori is a graduate of Indiana University of Pennsylvania where she earned a B.A. in Environmental Geography with minors in Anthropology and Psychology. She then went on to earn a Master’s degree in Sustainability from Chatham University’s at the Eden Hall Campus in Gibsonia, PA. During her graduate assistantship at Chatham, she gained experience in community engagement through work with Pittsburgh non-profits, government, and universities. After graduation, Tori worked for a non-profit organization aiming to monitor water quality in western Pennsylvania and northern West Virginia. Prior to arriving at SRU, she worked in local government managing federal, state and local grants aimed at increasing resources for communities to meet municipal goals. Tori hopes to grow the Bonner Program, making it a desired opportunity for incoming first-year students and a rewarding experience for those students who participate, empowering them to make positive changes in their personal lives and communities.

Chrissy Pfeil is a graduate student pursuing an M. Ed. in Secondary Education: Social Studies.  She previously earned a B.A. in History and Political Science from the University of Pittsburgh.  While at Pitt, Chrissy studied abroad at Mahidol University in Thailand, where she helped Thai students improve their English.  Her studies abroad made her enthusiastic about education.  As a Graduate Assistant, Chrissy aspires to implement and facilitate civic engagement efforts among the Slippery Rock campus and community.  After graduation, Chrissy hopes to work as a Department of Defense Education Activity (DoDEA) teacher.

Austin Shaffer is a graduate student in SRU's Doctor of Occupational Therapy (OTD) program. He previously earned a B.S. in Psychology at Allegheny College. As an undergraduate student, Austin developed a deep appreciation for community engagement through his collaborative work with the Meadville Medical Center, Crawford County Overdose Prevention Coalition, and Meadville Market House. As a Graduate Assistant, Austin works to implement, manage, and promote SRU's digital community engagement platform, RockServe. After graduation, Austin plans to work as an occupational therapist to equip patients with the tools and knowledge to overcome the obstacles posed by injury and disability to still live meaningful and functional lives. Long term, he aspires to advocate for increased interdisciplinary collaboration in healthcare to improve care coordination at the community-level and alleviate health disparities.