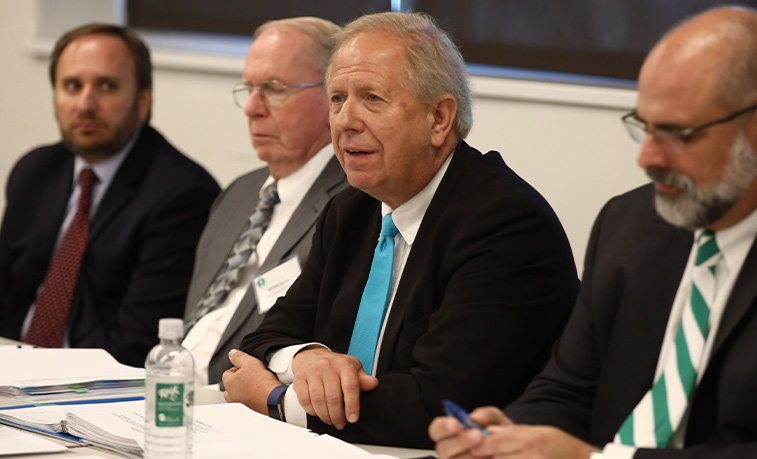 Jeff Smith has been reappointed to a second six-year term as a Slippery Rock University trustee. SRU has had five trustees confirmed by the state Senate since Jan. 27.

Michaux is a two-time SRU graduate, earning a bachelor's degree in English literature (2011) and a master's degree in student affairs in higher education (2013). In 2019, she was recognized by the SRU Alumni Association with a Recent Alumni Award for her personal and professional achievements.

Michaux is the director of student leadership and involvement at Seton Hill University. At SHU, she helped to develop and implement a comprehensive leadership program for students. Michaux, an avid photographer, was recognized by JENESIS Magazine for her work with the Downtown Greensburg Project. In 2018, she was honored by NASPA's Center for Women during Women's History Month for her contributions to higher education.

While at SRU, Michaux served as the Student Government Association speaker of the senate, a FYRST seminar peer leader, vice president of the graduate student association, master of ceremonies for Up 'til 2 for St. Jude and advised the Chosen Generation Gospel Choir. She also represented SRU as part of the Pennsylvania's State System of Higher Education annual Advocacy Day initiative on two occasions.

"It is quite the honor to serve The Rock in this capacity," said Michaux. "Having the opportunity to be part of the conversation in continuing to push the University forward is humbling. The individuals who serve on the council believe in what SRU has to offer and I look forward to diligently working alongside them."

Smith, who currently serves as council chair, will be embarking on his second term as a trustee having first been appointed in 2013.

Smith has spent his entire professional career working for PPG Industries. He was elected to the Butler City council in January 2018 and will serve a four-year term ending January 2022. He has previously served as Butler's elected city treasurer and the executive director for the Butler County Council of Governments. He was recognized as the 2008 Pennsylvania Outstanding Borough Councilman and won the 2012 Governor's Award for Excellence in Local Government for his role in establishing COG Care, a program designed to provide low-cost health insurance to municipalities.

In April 2018, Smith was elected to a two-year term as president of the Pennsylvania Association of Councils of Trustees. PACT comprises the members of the councils of trustees of the 14 universities in Pennsylvania's State System of Higher Education. The organization provides professional development opportunities for its members by holding workshops and conferences throughout the year. Each of the 14 State System universities is governed by an 11-member council of trustees. All 154 trustees are automatically members of PACT.

"I grew up in Shippensburg where my father was a professor the university," said Smith. "As such, I always had a deep admiration for the State System and those who were part of it, so being a trustee has been a very special experience for me. I have looked at it as one of my great honors in life.

"I am thrilled for the opportunity to continue participating as a member of the SRU and State System families. I look forward to working with the administration, faculty and students to help make SRU even more special than it already is."

Taylor, a 1978 graduate of then Slippery Rock State College, is chairman and chief executive officer of the Cameron Companies LLC, a diversified holding company specializing in business and government affairs consulting.

"Since 2003 it has been an honor for me, as a trustee, to share in the great success and growth of Slippery Rock University," Taylor said. "Developing relations with so many dedicated individuals, who care about and work so hard every day to build SRU, is a distinct pleasure for me. I look forward in the coming years to working to assure every potential and enrolled student has the opportunity, if they so choose, to earn an accessible, affordable and quality education from one of the nation's great institutions of higher education in SRU." 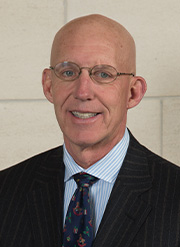 Taylor was responsible for drafting and developing the original legislation to create the National Constitution Center in Philadelphia, serving for a time as its president and CEO. He has provided association management services to several organizations, including serving as executive director of the American Business Council Inc., a Washington, D.C.-based 501 (c)(6) educational association. He has been a White House appointee to the United States Environmental Protection Agency, a bankruptcy trustee in the Eastern District of Pennsylvania and a staff attorney to the Pennsylvania Worker's Compensation Appeal Board.

Taylor has been active in Pennsylvania government, business and politics for more than four decades. A native of Bucks County, he coordinated the 1980 "George Bush for President" campaign in Pennsylvania, and was director of the state's 1984 Reagan-Bush campaign. He has served as treasurer of the Pennsylvania Republican Party and as a member of transition team's for former governors Tom Ridge and Tom Corbett.

A former board member of Pennsylvania's State System of Higher Education, Taylor has served as secretary, vice chair and chair of SRU's council of trustees.

Taylor earned a juris doctor from the Temple University School of Law.