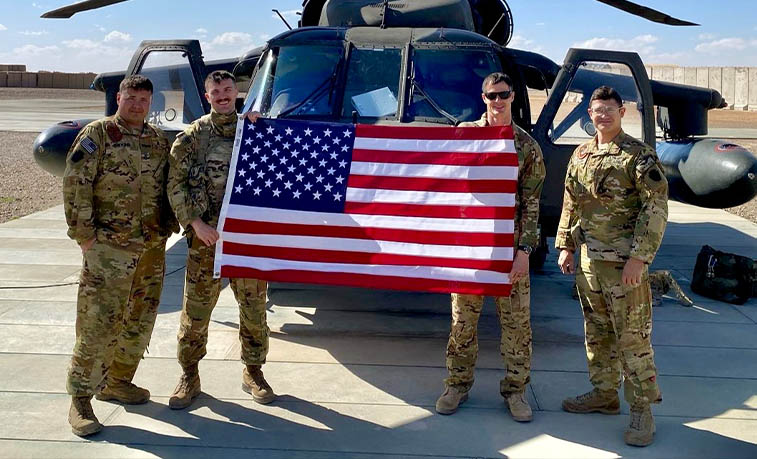 SLIPPERY ROCK, Pa. — If you walk into the Strain Safety Building at Slippery Rock University, you'll see many visible reminders about protection, such as hard hats and masks, but inside a frame on the wall in Room 106 is another reminder of protection: those who defend freedoms and protect our country. An American flag that once flew inside a UH-60 Black Hawk helicopter for U.S. Army missions above Iraq, Jordan and Syria.

Chief Warrant Officer 2 Alexander Dunn, a 2014 SRU graduate with a degree in safety management, piloted the Black Hawk helicopter during combat missions in Iraq, Feb. 14-23, 2021, in support of America's war on terror during Operation Inherent Resolve. According to Dunn, flying an American flag on behalf of a person, business or institution back home is a tradition in the Army aviation community, and part of that is giving the flag as a gift to a recipient in appreciation for their support. Dunn chose to give a flag to SRU's Safety Management Department. 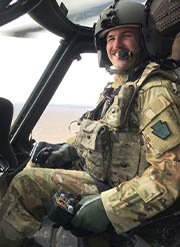 "Because of my safety management degree, I was a stronger candidate to attend Army flight school and was I quickly selected to be a Black Hawk pilot," Dunn said. "Safety is a big part of the background needed in Army aviation, and while I was putting my packet together to submit for approval, which goes to colonels and some of the highest-ranking people in aviation, they recognized my safety background when I was a student at SRU and that helped provide me this opportunity."

Dunn was deployed from July 2020 to May 2021 with the Pennsylvania Army National Guard's 28th Expeditionary Combat Aviation Brigade as part of the 2-104th General Support Aviation Battalion. He still flies Black Hawks at the Letterkenny Army Depot in Chambersburg, where he works full time as a hazardous material supply technician. Prior to working with hazardous materials, he was a safety manager at Letterkenny, responsible for the safety of nearly 1,000 employees.

The American flag that Dunn gave to SRU was taken to several locations in Iraq, including the Al Asad Airbase, and it was folded into a triangle and displayed in the cockpit near the windshield. Now the flag is displayed in the Strain Safety Building outside the office of Joe Cali, professor of safety management and department chair.

"We're proud of Alex and all those who defend our country," Cali said. "Having this flag prominently displayed in our office for visitors to see is a great reminder of the brave men and women of our nation's military and also how graduates like Alex are applying their safety management degrees. We're honored to receive this gift and we appreciate Alex's gesture."

More information about SRU's safety management program is available on the department's webpage. 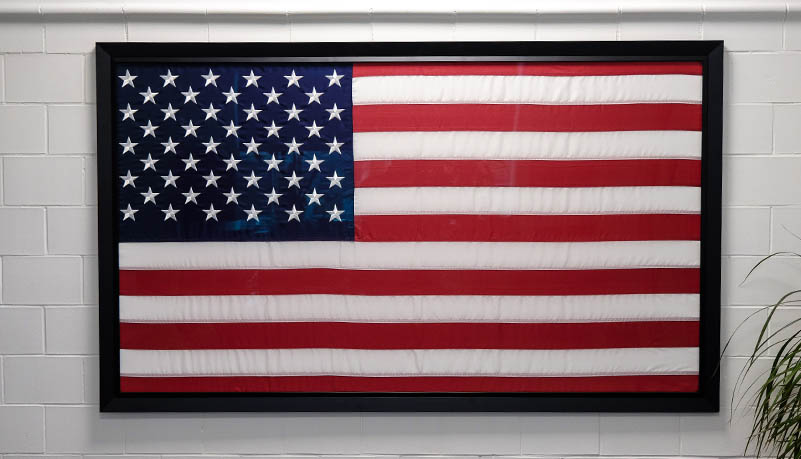 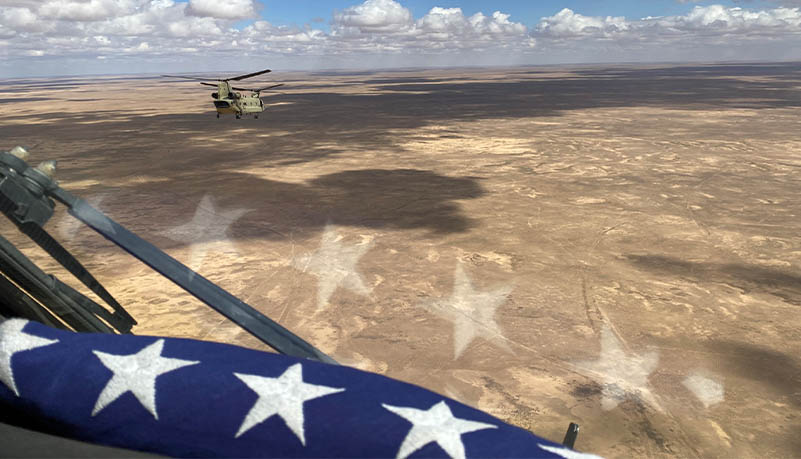 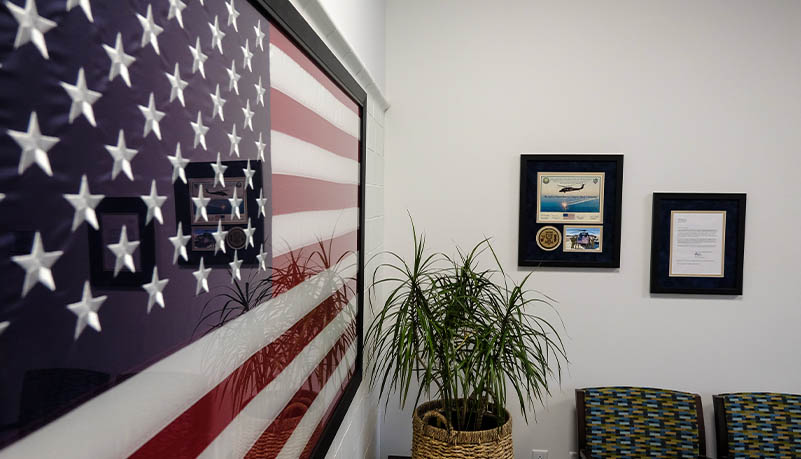 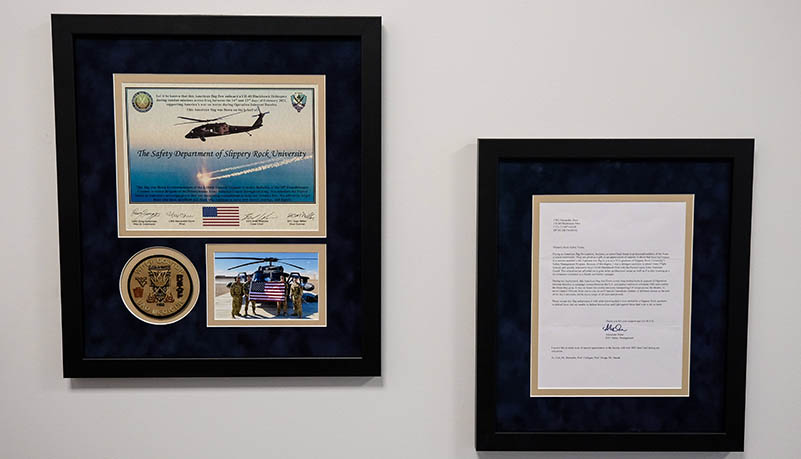