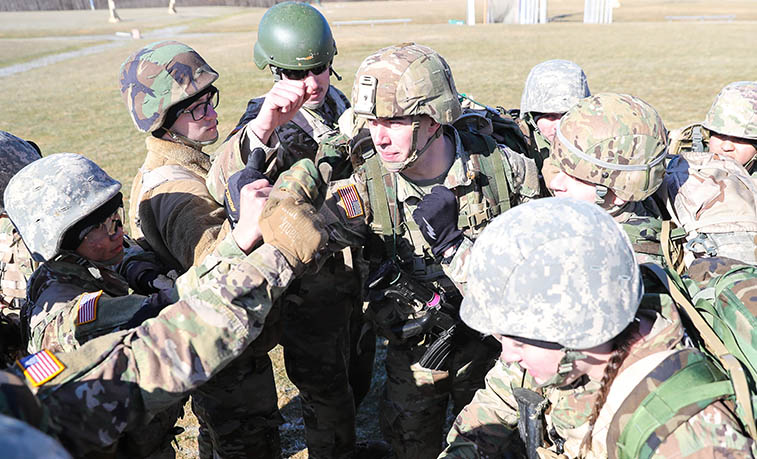 SLIPPERY ROCK, Pa. — An event called the Arctic Ranger Challenge might seem like something akin to a survival contest while snowbound or some sort of polar plunge. At Slippery Rock University, however, the Arctic Ranger Challenge is an annual competition where the University's Army ROTC program hosts an outdoor skills competition against teams from other schools. And it just happens to take place in the winter.

"There's a lot of physical toughness required as well as mental fortitude," said Jessica Fischer, a junior homeland security major from Harrisville. "You have to get to your breaking point and then keep pushing." 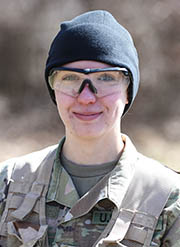 More than 40 teams of four to five cadets from SRU, Clarion, Edinboro and Ohio universities competed March 4 on SRU's campus in timed physical and mental tasks at the Old Thompson Field, the Leadership Development Center, the intramural fields and the ski slope. But competitors weren't downhill skiing; they used the hill for an uphill tactical combat training event to carry a mock causality 150 meters up a steep incline. Three other events included a functional fitness course, a weapons assembly event, a hand grenade assault course where competitors had to crawl and throw mock grenades at targets, and a 3.2-mile "ruck march" with backpacks, or rucksacks, loaded with at least 35 pounds of gear.

The only thing missing was the arctic weather, with sunny conditions and temperatures in the upper 30s.

"It's harder to run in the snow, but we had a beautiful day for it," Fischer said. "Preparing for this the last six weeks, and getting up at five o'clock in the morning (for physical training), gives you a sense of pride, not only for the Army but for SRU as we were competing against other schools." 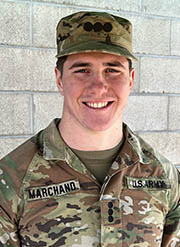 The Arctic Ranger Challenge is unique to SRU, but there are larger-scale Ranger challenges that involve teams from all ROTC programs in the country each year. They compete in regional competitions, like one with more than 40 teams at Joint Base McGuire-Dix-Lakehurst in New Jersey, and the top teams advance to a national Ranger challenge competition, the Sandhurst Military Skills Competition at the U.S. Military Academy in West Point, New York. The Frontier Battalion, which consists of cadets from SRU and Clarion, competed at Sandhurst last year.

"This is a smaller-scale event that we host each year that is geared more toward our junior cadets," said Lt. Col. Jennifer Martin, professor of military science and director of SRU's ROTC program. "This is a great event that gives our junior cadets a chance to develop leadership skills, set goals and conduct training exercises. It's friendly competition and it builds team cohesion, and it gives them the confidence that they can organize an event. It's also great to have cadets from other schools coming to campus."

Though not one of the competitors, Nathan Marchand, a senior management major from Hermitage, was one of the senior cadets who helped organize this year's event.

"It's good to see that the cadets are really pushing through adversity and getting to that new level that they probably didn't know that they had within themselves," Marchand said. "We purposely made smaller teams so that more of the younger cadets had a chance to be a team captain. It's just a great event to build team cohesion throughout different programs and bring everybody together." 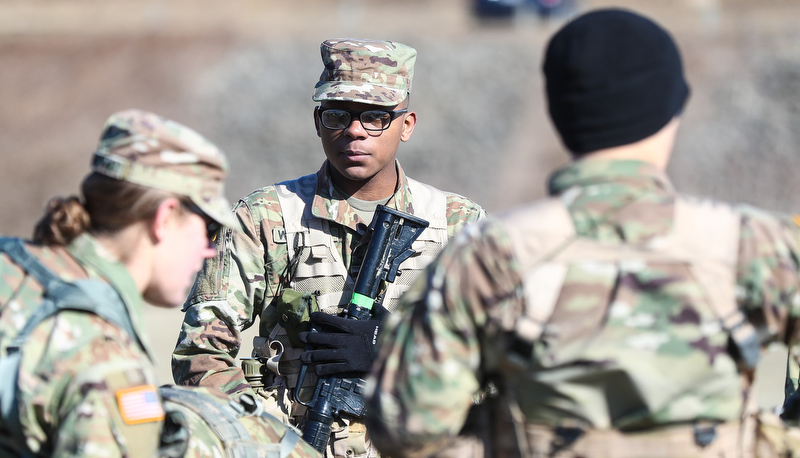 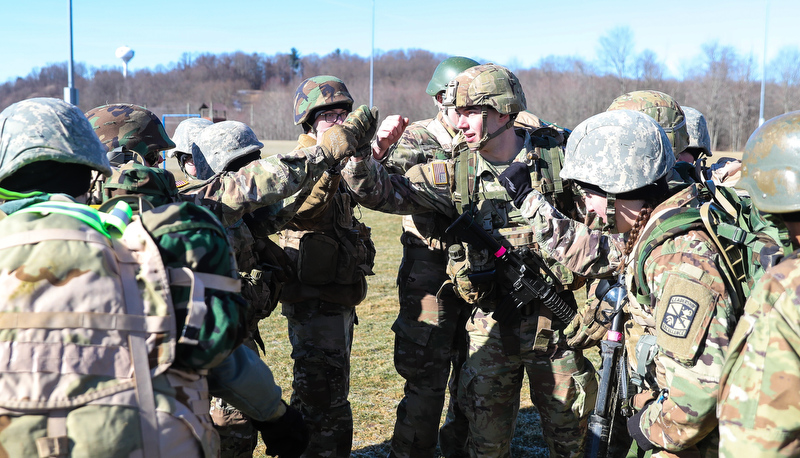 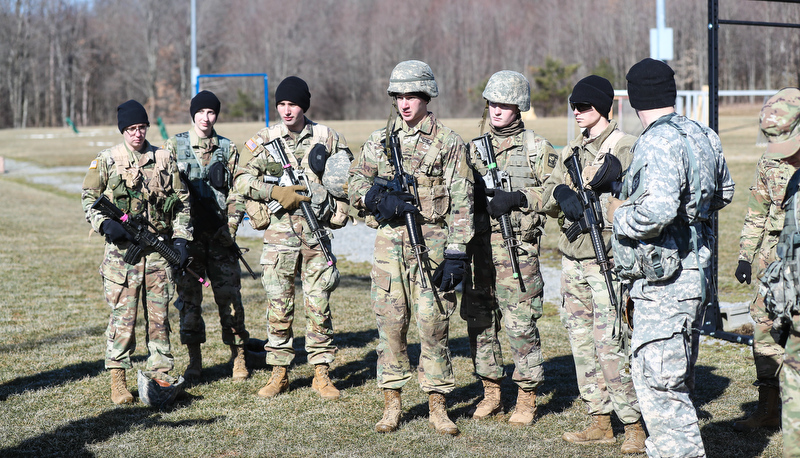 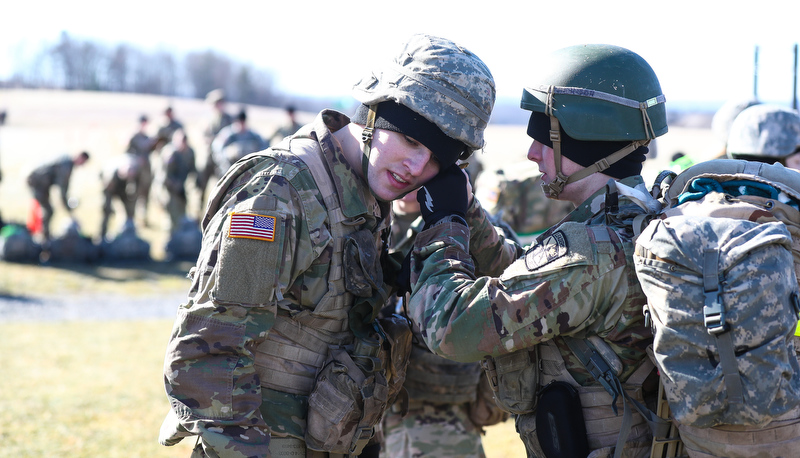 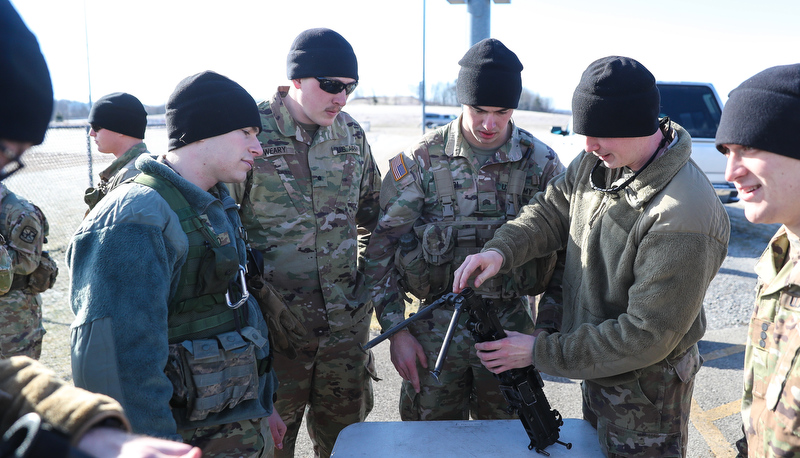 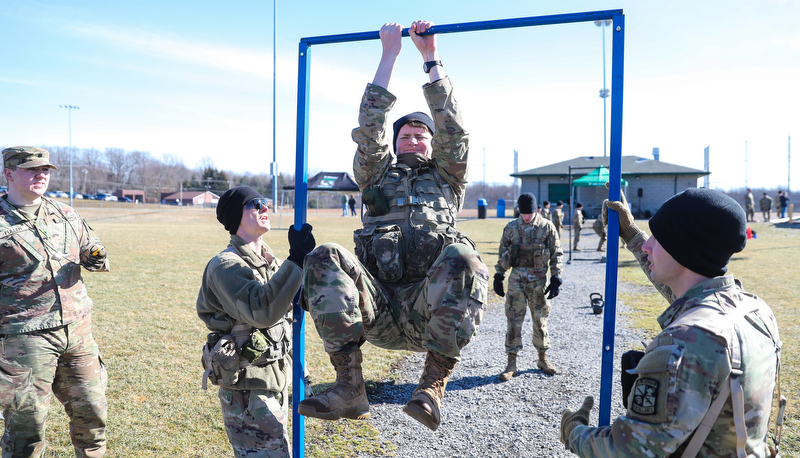 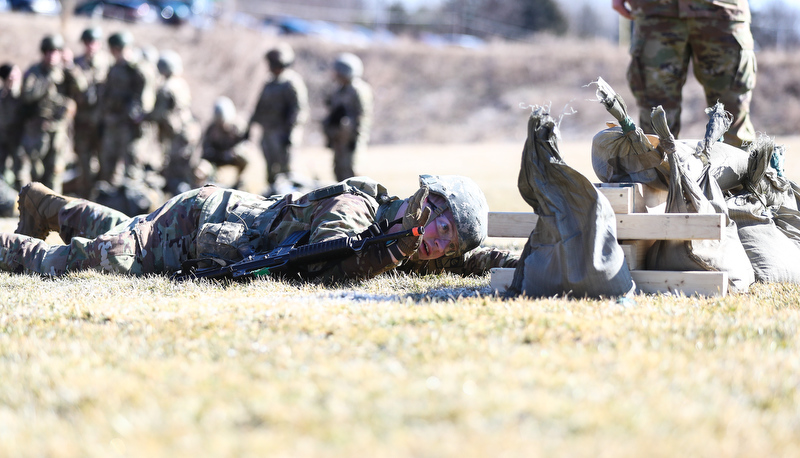 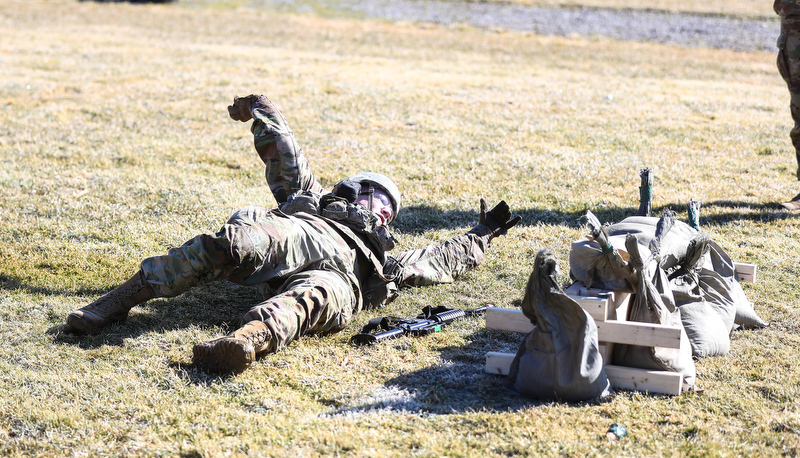 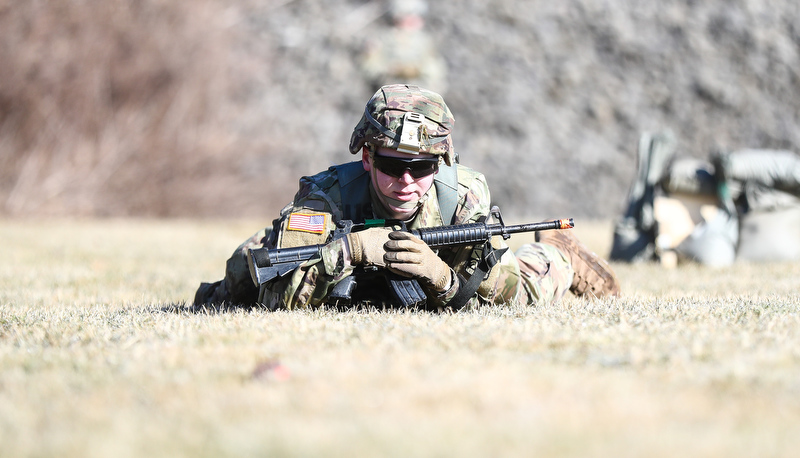 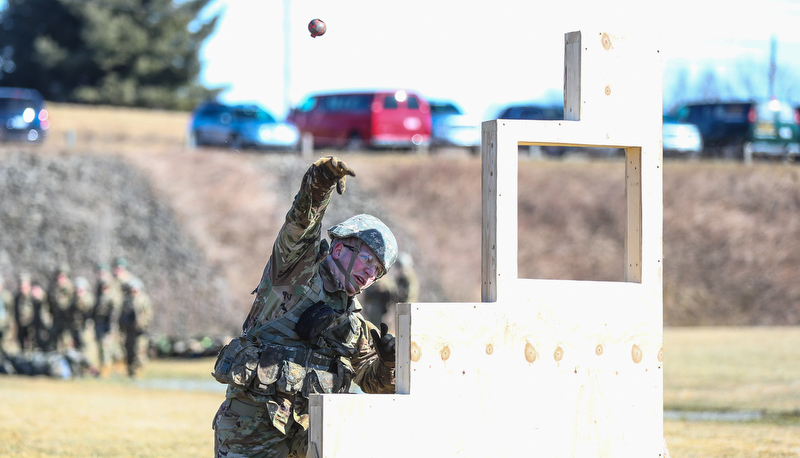 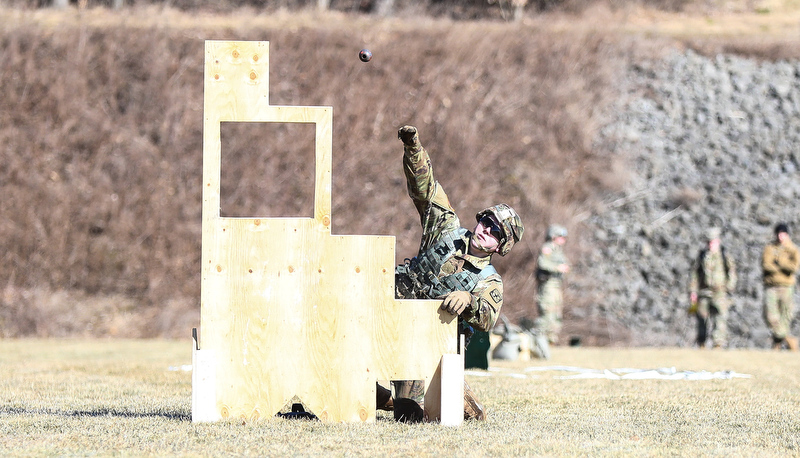 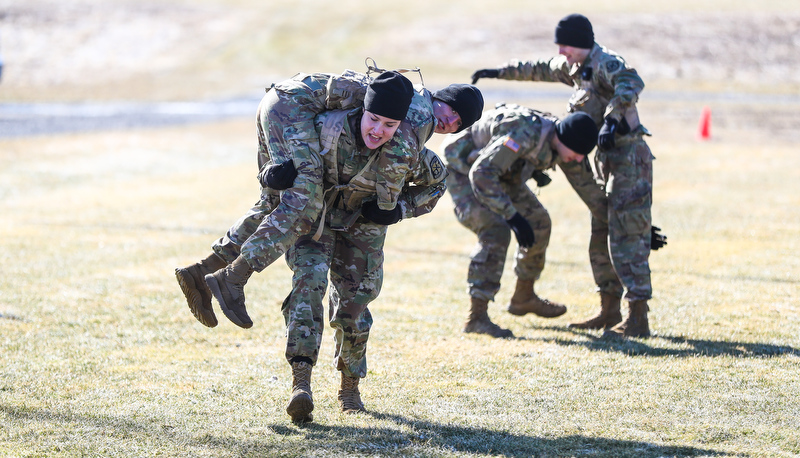 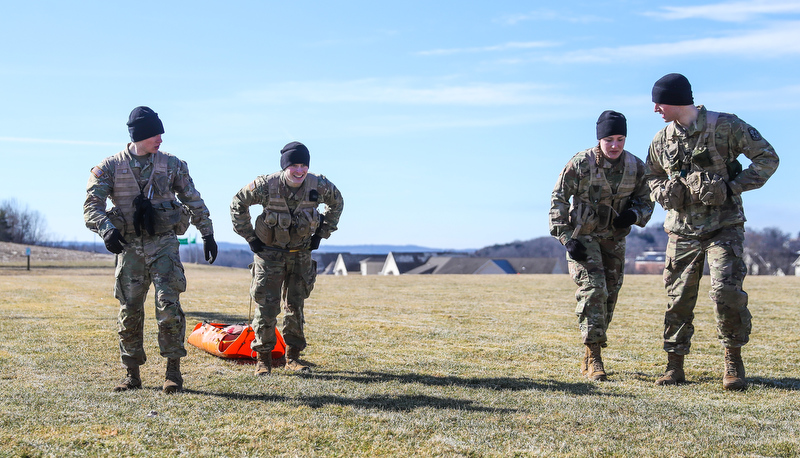 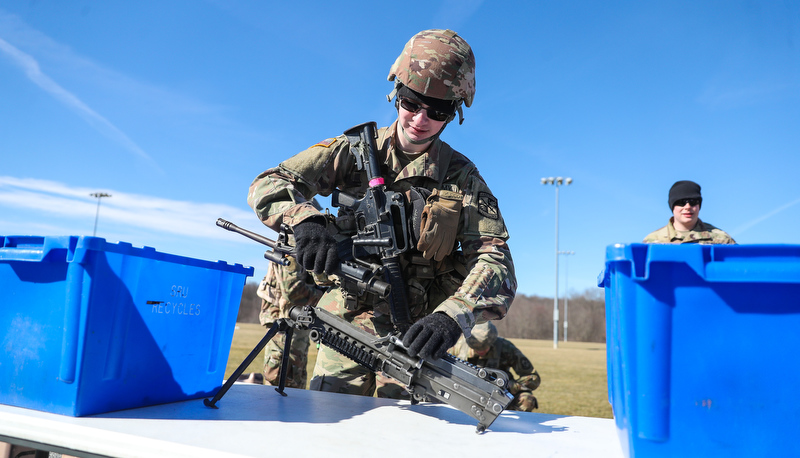 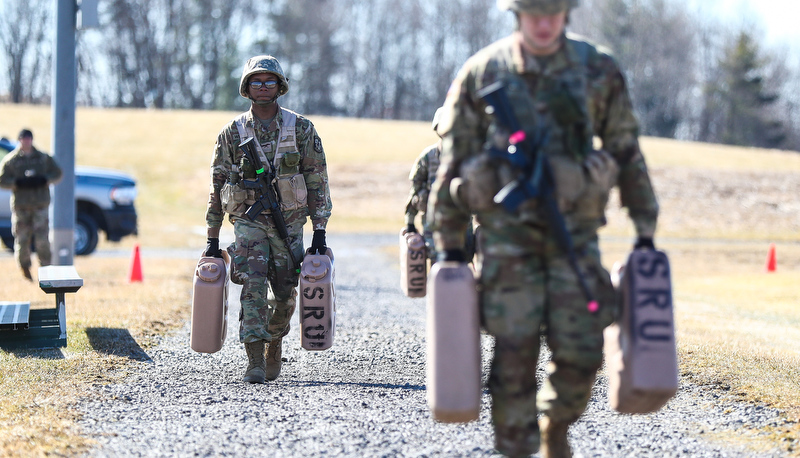 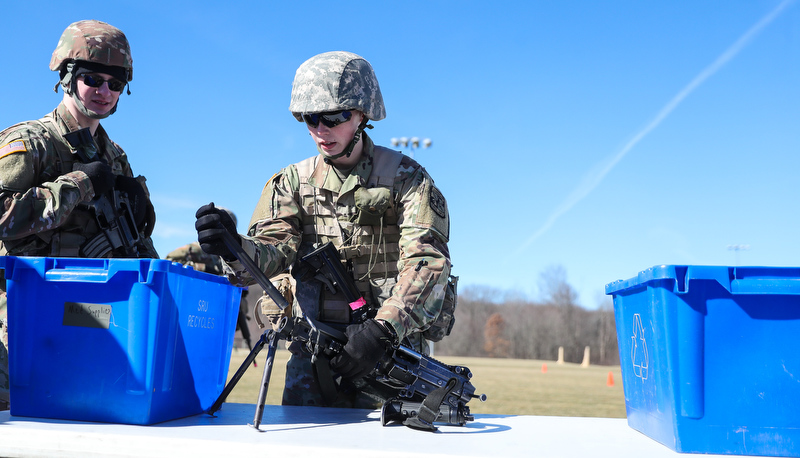 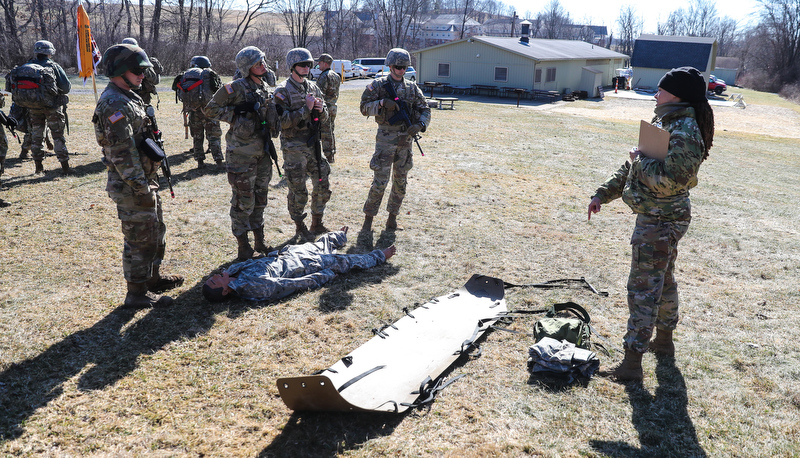 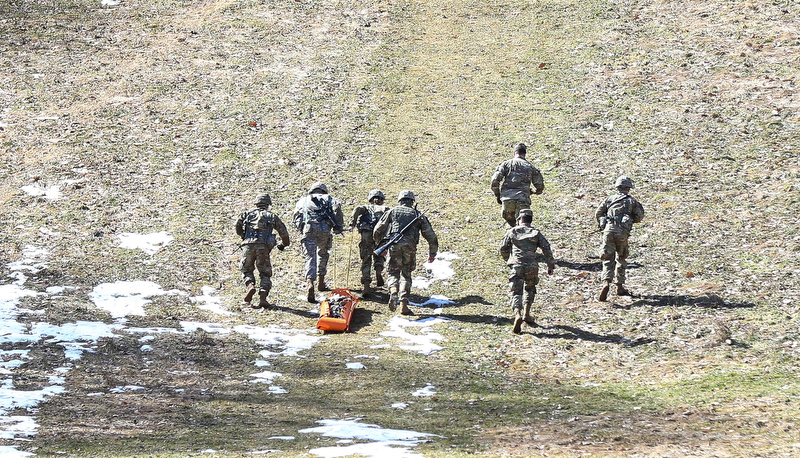 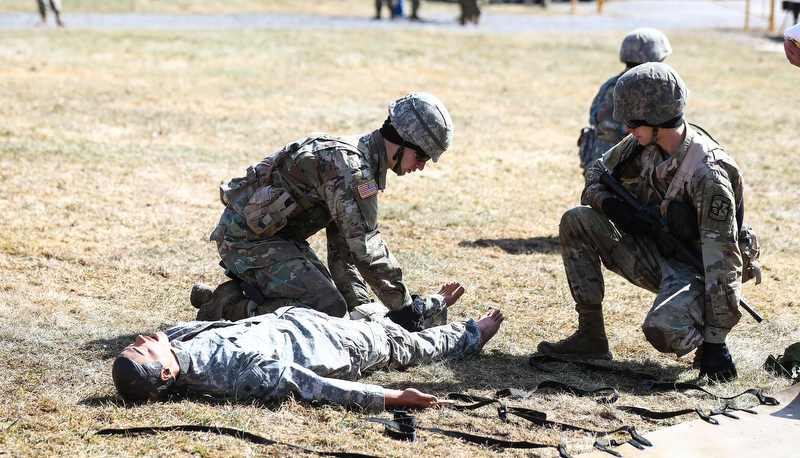 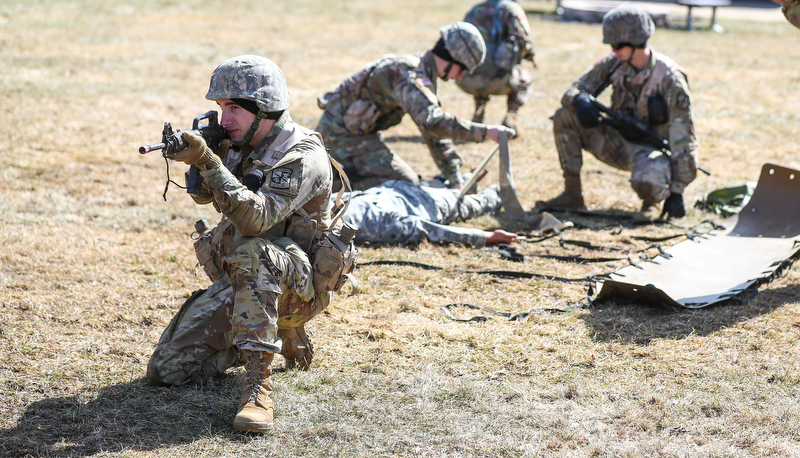 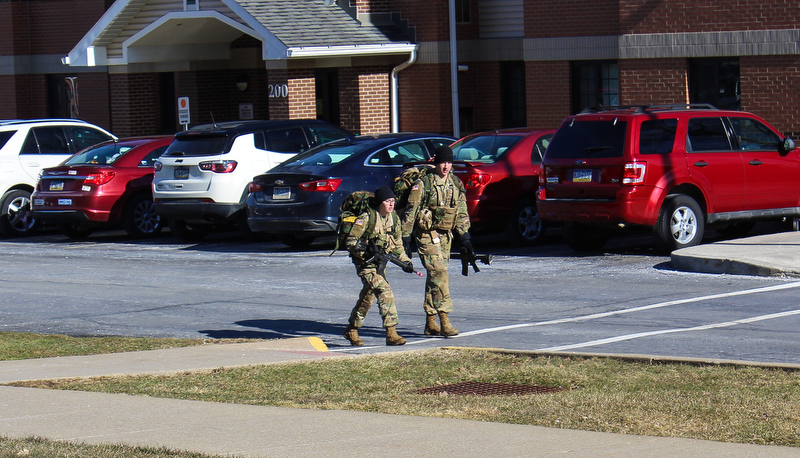 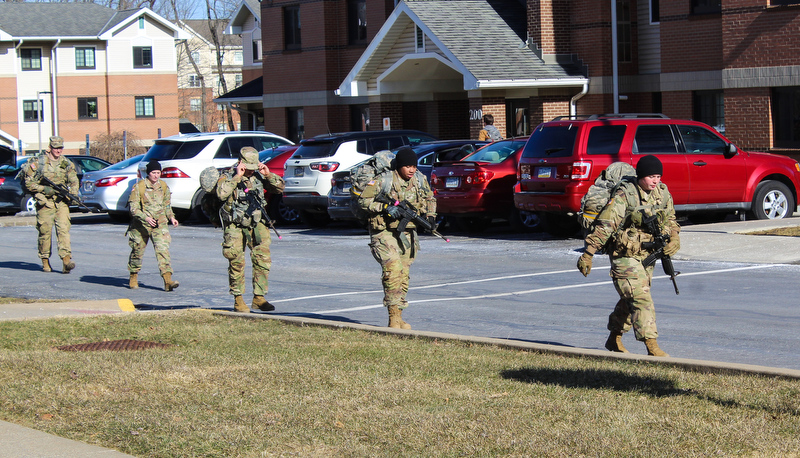