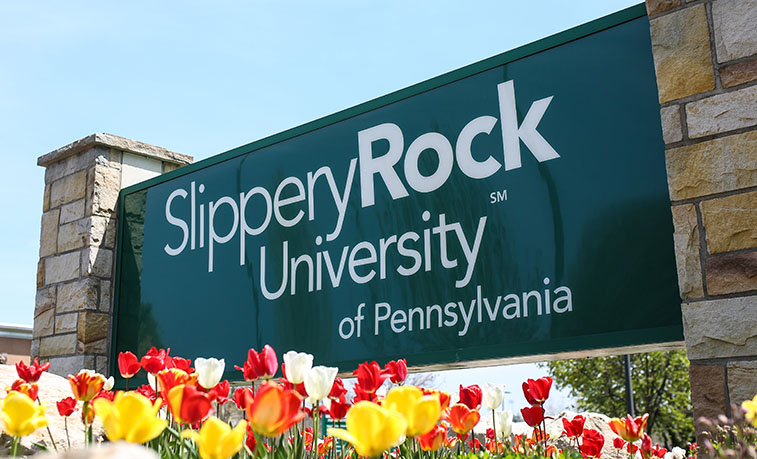 Slippery Rock University’s soon-to-be-launched College of Health Professions will have a new dean that begins June 21.

SLIPPERY ROCK, Pa. — Slippery Rock University today announced the hiring of Christine Karshin as dean of the College of Health Professions. Karshin, who is currently the associate dean of Eastern Michigan University's College of Health and Human Services, will start her role at SRU June 21.

The hiring occurs after SRU completed a search for the CHP's first permanent dean for the University's fifth college that will be fully established by the start of the fall 2022 semester. SRU previously hired John Bonaguro in March 2021 as founding dean of the CHP in a temporary role to lead the launch of the new college. Bonaguro will serve in his current capacity until June 30.

"SRU has made a tremendous investment in the development of this college and to have the opportunity to be its first dean is truly remarkable and I am so excited," Karshin said. "I have grown a significant amount of respect for the health professions and the academic programs that develop new health professionals because they will be taking care of people in our communities." 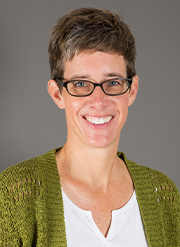 Among her many administrative and scholarly achievements, Karshin helped launch her college's center of interprofessional education to develop faculty research and practice through workshops and other programs. She also helped design EMU's first physician assistant studies program, which matriculated its first cohort in 2013 and since then has graduated six cohorts of 30 students each with a combined first-time pass rate of 98% on their national certifying exams. Karshin has also served on the faculty at EMU as an assistant and later associate professor of health education since arriving at the university in 2001.

"We're excited that Christine is coming to SRU, as she brings extensive experience with building programs, including the creation of a physician assistant program at EMU," said Abbey Zink, SRU provost and vice president for academic affairs. "This hiring is a huge step as we launch our new college and increase our presence in serving health professions and the health care industry in the greater Pittsburgh region. I thank John Bonaguro for his work and everyone at SRU who has helped us conduct a successful search."

Bonaguro and Adelle Williams, professor of public health and social work, served as co-chairs of the search committee, which consisted of nine representatives from SRU's faculty, staff and students.

"We conducted a thorough search and involved key stakeholders of the University," Bonaguro said. "It's great to have someone with (Karshin's) breadth of experience, insights and focus on student-centered learning. Her excellent background matches the fields and disciplines that will be part of the new college."

As one of five colleges at SRU when it is officially established later this year, the CHP will consist of 10 academic departments and one education center, the Storm Harbor Equestrian Center.

"Having grown up in Pennsylvania and having four degrees from public universities in that state, my life has been profoundly shaped by the academic professionals at those universities," Karshin said. "This is a great opportunity to be a part of SRU's team because it's almost like a homecoming for me, but I also get to pay forward (the way I was impacted as a student) to my students and fellow faculty, staff and colleagues."