More than 15 nominees were received by the SRU's Office for Community-Engaged Learning, which recruited an independent committee of students, faculty and staff to review and select winners in three categories: President's Student Civic Leadership Award, President's Civic Engagement Ambassador Award and the President's Community Partner Award.

"The recipients are people who are addressing public issues in innovative and creative ways, which promote a culture of engagement here at SRU and beyond," said Jeffrey Rathlef, SRU director of community-engaged learning. "It's about their work, but it's also about work that extends beyond themselves and the influence of their work. 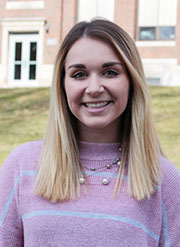 Becky Lubold, a resident of Slippery Rock and manager of the Slippery Rock Farmers Market, will receive the Community Partner Award that recognizes a community-based organization or individual that has enhanced the quality of life in the community by enriching learning and community outcomes through reciprocal partnerships with SRU.

Lubold, a retired environmental educator who worked for more than a decade at the Jennings Environmental Education Center, has partnered with the University in a variety of ways by serving on the President's Commission on Sustainability; attending workshops and events that promote community partnerships, public health and a sustainable planet; and last fall she presented and facilitated opportunities for students in a freshman-level University Seminar course called Food Justice.

"I'm very honored to be recognized and there are many other people who I work with in different capacities who are just as worthy of this award and I'm thankful for their help," said Lubold, who is a member of committees that organize the monthly community dinners at the Center Presbyterian Church in Slippery Rock and a summer lunch program for school-age children. "I believe in the importance of making connections between campus and community because of the mutual benefits of sharing knowledge, expertise and building community." 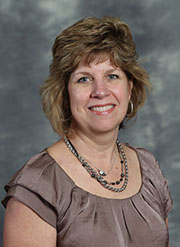 Nikol Damato, a senior dual major in history and biology from Ellwood City, will be awarded the President's Student Civic Leadership Award, given to an individual student or a student organization that models a deep commitment to civic responsibility and leadership by addressing public issues, effective community building and integration of civic engagement into the University experience.

Damato is a student coordinator of the OCEL's Domestic and Global Service-Learning program, who led a trip to South Bend, Indiana, during spring break that focused on immigration and refugee resettlement. She also coordinates the Experiential Learning Facilitators, a group of students who lead individual service-learning programs through the OCEL.

"(Receiving this award) is the most significant thing that's happened to me at SRU," Damato said. "The Office for Community-Engaged Learning has meant a lot to me, I've made a lot of connections and I've learned a lot about community building, reciprocity and fair-trade learning. These are all important things that I hope to apply in my career. Every major and every career can be related to community engagement in some way and through my work I want to share that experience with more students on campus."

Damato will also coordinate OCEL's International GSL program to Cochabamba, Bolivia, in January 2020 that will focus on civic leadership and community action, and she is conducting research on activating student leadership, ethical engagement and civic imagination based on the work.

Lynne Motyl, associate vice president for human resources and diversity, will receive the President's Civic Engagement Ambassador Award, which honors an individual SRU employee or group that has significantly advanced the campus' distinctive civic mission by forming strong partnerships, supporting civic engagement and working to institutionalize a culture and practice of engagement. 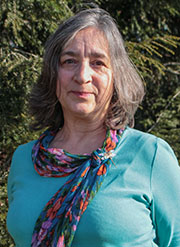 Motyl, who has worked at SRU for more than 30 years, has been an active member of Leadership Butler County, an affiliate program of the Butler County Chamber of Commerce that exposes participants from the private, public and nonprofit sectors to issues, resources and opportunities for service in the Butler County area. Motyl joined LBC as a member of the 2009 class that raised $10,000 for programs and scholarships and provided more than 600 emergency kits for senior citizens living in subsidized independent housing units in Butler County.

Motyl has also been a member of the LBS board of directors since 2010 and assisted with connecting LBC classes and programs to visitation sites that include IDL Worldwide, the Butler VA Health Care System and SRU's Storm Harbor Equestrian Center. She was also instrumental in moving the LBC class graduation to the Butler County Chamber's annual dinner, which is hosted at SRU, and she's nominated emerging leaders from the University to serve as LBC members, who have developed further connections between SRU and the Butler County community.

The award ceremony will take place at a private reception April 8 at the president's residence.