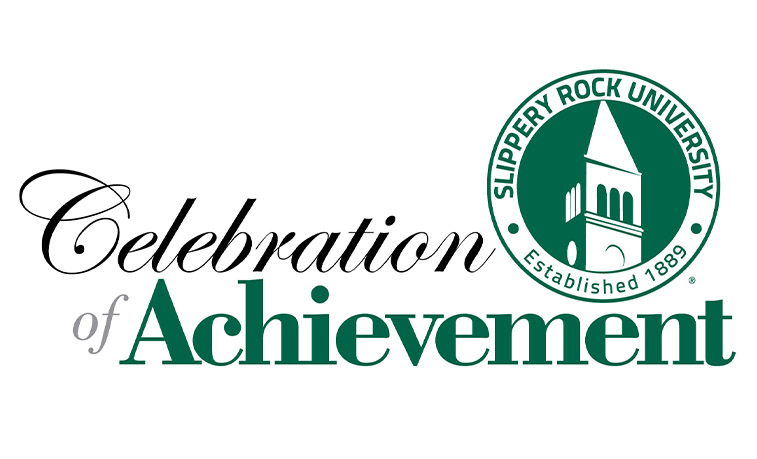 More than 70 Slippery Rock University students were recognized as part of the University’s Celebration of Achievement event, conducted virtually, April 19.

The highlight each year is the announcement of SRU's finalist for the Syed R. Ali-Zaidi Award for Academic Excellence, which is given to a graduating senior in Pennsylvania's State System of Higher Education who exemplifies academic excellence and involvement. SRU's 2021 finalist is Morgan McIntyre, a senior petroleum and natural gas engineering major from Templeton.

"It really means a lot that I was chosen from a bunch of great, talented students to be recognized as SRU's nomination for this statewide award," McIntyre said. "I'm very honored and grateful for this opportunity and I want to thank everyone from my department for nominating me."

Among McIntyre's achievements, she established a student chapter of the Society of Petroleum Engineers at SRU and served as president. She led a group that organized the SPE's North America Student Symposium, an event attended by more than 200 students and for which she organized a panel of executives and professionals from several oil and gas companies. She was a two-time recipient of an SPE merit-based academic scholarship and, because of her leadership and encouragement, five other SRU students have received $2,000 SPE scholarships.

McIntyre has completed reservoir engineering and production engineering internships with Advanced Resources International and CNX Resources Corporation, respectively. She's conducted research as part of a group that will present at the next SPE Eastern Regional Conference. As the study's lead author, she discovered ways to optimize friction reducers used in hydraulic fracturing that reduced operation costs and the amount of chemicals being used at drilling sites. 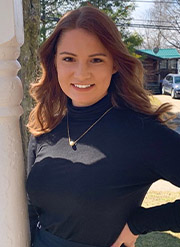 "Morgan possess a brilliant mind, a stellar work ethic and innate leadership qualities," said Athula Herat, associate professor physics and department chair. "No matter what task Morgan takes on, she demonstrates a genuine sense of curiosity and eagerness to learn. I have no doubt in my mind that Morgan will become a leader in the energy industry, especially in the petroleum engineering field, which is a male-dominated industry that needs new, female leaders with a fresh outlook about (the industry's) impact on the environment and society."

McIntyre, who plans to work as an analyst or engineer in the energy sector after graduation, has also volunteered outside of her academic and professional work with organizations such as Raegen's Journey, which supports children with disabilities, and with the Pittsburgh School for the Blind.

McIntyre received $500 for being named SRU's Ali Zaidi Award finalist and she is among 12 finalists from other State System universities, a list from which a winner will be selected later this year.

Other awards presented as part of the Celebration of Achievement were:

Also recognized at the event were the Presidential Undergraduate Scholars, which are given to the top 20 seniors, juniors and sophomores based on overall grade-point average of those who meet a minimum credit hour requirement at SRU.

All certificates, plaques and ribbons will be mailed to the recipients.

For more information about the Celebration of Achievement, contact SRU's Office of Academic Affairs and Integrated Learning at 724.738.2186 or email karen.baker@sru.edu.