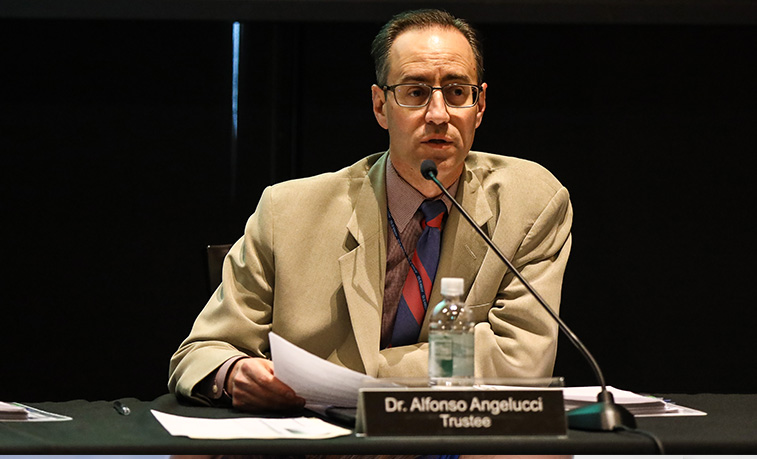 Alfonso Angelucci is one of three appointees to seats on Slippery Rock University’s council of trustees. Angelucci’s reappointment was approved by the Pennsylvania Senate last week.

Lavalle is a new appointment, while McCarrier and Angelucci were reappointed. McCarrier is beginning his second term and Angelucci his first full term after filling a vacant seat since 2016. Trustees serve six-year terms and are nominated and appointed by the governor with the advice and consent of the Senate.

Lavalle, a resident of Pittsburgh, is currently the director of social impact at UPMC Health Plan in Pittsburgh. In his role, Lavalle leads UPMC Health Plan's Pathways to Work program that provides workforce, training and education opportunities to people on Medicaid. He also leads community partnerships for people with intellectual and developmental disabilities and housing for Health Plan members, as well as health programs for the LGBTQ community.

"Slippery Rock University has moved this region forward, supporting students, families and the community as a whole," Lavalle said. "The region has really benefited from having SRU in it and I'm ready to do whatever small part I can to help support the University."

Lavalle is an active civic leader. In 2014, he was one of the youngest nominees to run for U.S. Congress, and as a board member for the United Way of Southwestern Pennsylvania, he helped lead a merger with the United Way of Butler County. 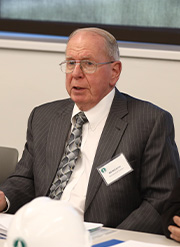 "I'm looking forward to spending as much time as I can with the students and understanding where they're headed and how the University can help them," Lavalle said. "That can mean looking at new academic programs, new developments and career opportunities. Some of the work that I do in my day job is focused on helping connect people to work. I'd love to support the work that's already been done at SRU and perhaps develop some new partnerships in terms of jobs and attracting a diverse student base."

"SRU is a fantastic university and it's going to continue to get better as we enhance our academic programs and serve the students," said McCarrier, a Butler native and former Butler County Commissioner. "I've always been involved in Butler County affairs and I've served on many boards and committees in the county, like United Way and the Chamber of Commerce and I'm still active with the Butler County Community Development Corporation that helps bring jobs into the county. I love Butler County, I believe in Butler County and Slippery Rock University is a vital part of the county."

Angelucci is a resident of Ellwood City and 1992 SRU graduate with a degree in elementary education. He is currently the superintendent of the Slippery Rock Area School District.

"The partnership that we have developed with the University has been beneficial to both institutions and my status as an alum gives me a little different perspective and insight into some of the administrative processes and nuances," Angelucci said. "My career as an educator and serving on various committees and boards has lent itself well to my role as a trustee."

More information about the COT is available on the SRU website.