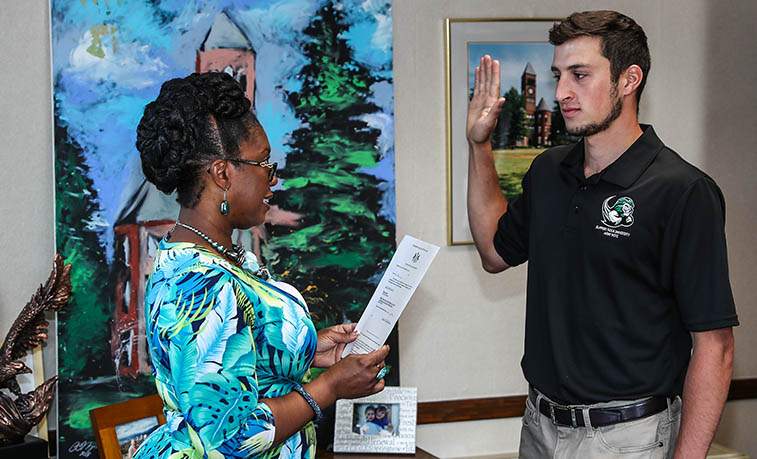 Colcombe's selection was based on the recommendation of Daniel Greenstein, chancellor of Pennsylvania's State System of Higher Education and SRU President William Behre following a campus-wide application and interview process.

His term continues until he graduates.

"Having the opportunity to become a trustee is incredibly special to anyone that receives the honor," said Colcombe. "A trustee (should feel) strongly about the University and seek to remain involved in the campus community beyond the norm. As a trustee, I will bring objective and critical thinking to the council in order to work with various groups in seeking resolutions and improvements to the campus.

"I would like to provide continuity on the council in the transition from (former student trustee) Jairus Moore to me. My first priority is to learn and improve upon what (Moore) had already found to be important during his time on the council. I also want to strengthen the bond between the University and the campus community and work with the rest of the council toward building a constant, improvement-based mindset that will benefit everyone."

Colcombe, who is pursuing a bachelor's degree in health and physical education, is a member of SRU's track and field team, earning Academic All-American, All-Region and All-Conference honors; is a color-guard and platoon leader with SRU's Army ROTC program; and a recipient of the ROTC's Advance Designee and SRU's Achievement Award scholarships.

Colcombe will participate in his first council of trustee meetings June 6-7.