The dance faculty is well-known for their excellence in teaching and ability to educate dancers by dramatically increasing students' level of knowledge about dance as an art form, about dance technique, and about dance as a profession as well as the many dance-related career options. 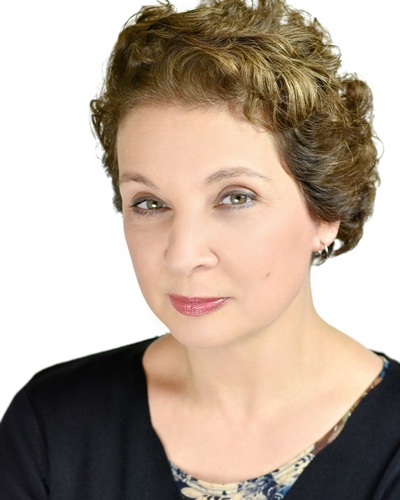 Nora Ambrosio is a full professor and has been at SRU since 1988, where she teaches dance composition, dance history, creative dance for children, teaching of dance, senior capstone, and university seminar. She has written Learning about Dance, 8th edition (Kendall/Hunt Publishing Company, IA, 2018), which is used in over 150 dance departments throughout the country and Canada and has sold over 400,000 copies. A new on-line version has also been published. Kendall/Hunt Publishers also published The Excellent Instructor and the Teaching of Dance Technique (3rd edition, 2018). Nora was a seven-year member of the Commission on Accreditation for the National Association of Schools of Dance and served a three-year term as Chairperson of the Commission. She is currently a member of the NASD Board of Directors, and a presidential appointee to the Commission on Accreditation. She also serves as an accreditation site visitor for college and university dance programs across the country. She is on the Nominating Committee of the National Dance Museum’s C.V. Whitney Hall of Fame in Saratoga Springs, NY, and has completed nine years as a Board member of the Lincoln Park Performing Arts Charter School in Midland, PA., where she spent three years and Vice President and her final year as President of the Board. She is also on the Editorial Board for the national journal, Dance Education in Practice, and serves as a Writing Mentor for journal submissions. She served as the artistic director of SRU Dance Theatre for nine years and again in 2010-2011, and as the director of the Kaleidoscope Arts Festival in 2008-2009. Nora was the chairperson of the Department of Dance from 1998-2011, successfully achieving national accreditation for the department in 2000, and reaccreditation in 2006 and 2011. She is a prolific grant writer and has secured over forty grants for the Department of Dance, the Kaleidoscope Arts Festival, and her own artistic endeavors. Nora worked diligently toward the downtown revitalization of the Village at Slippery Rock and was instrumental in bringing the arts to the downtown area and securing grant and private funding for commissioned public art pieces. Nora choreographs for both student and professional venues, and for many years created dance/theatre work with her husband, David Skeele, as part of Ambrosio/Skeele Dance/Theatre. 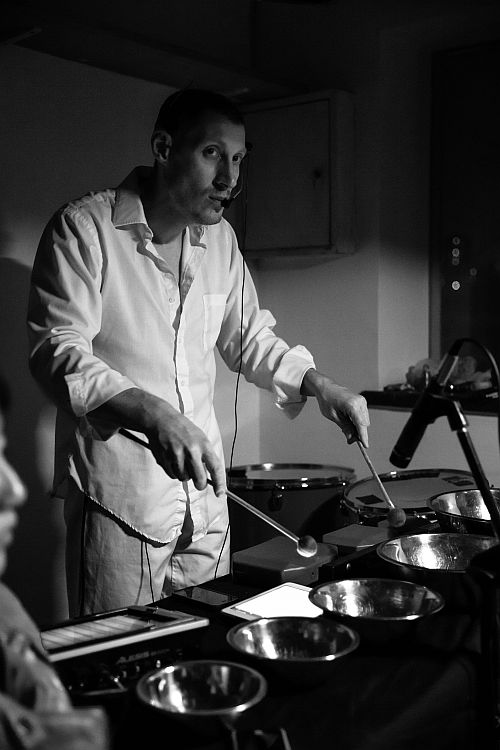 Andy Hasenpflug has been accompanying and composing music for dance since 1989.  He has played and/or composed for artists such as Bill T. Jones, Joe Goode, members of the Alvin Ailey, Merce Cunningham, and Bebe Miller Dance Companies, Doug Varone, Katsura Kan, Rosie Herrera, Helen Simoneau, White Fox Butoh, LabCo, Dance Alloy, the Seldoms, and Zephyr Dance. Recently he has been performing internationally with Butoh artists, contemporary dance companies, experimental music ensembles, and rock bands. His experience and expertise in dance music and multi-instrumentalism have made him a popular guest lecturer at institutions like Texas Women's University, Muncie State University, The University of North Texas, Henan Normal University (Xinxiang, China), The University of Idaho, and The International Guild of Musicians in Dance Conference. Here at Slippery Rock University Andy accompanies dance, teaches the Music for Dance course, and composes music for the Dance Department and guest artists. In the summers he is the Music Director for the American Dance Festival. He holds a Bachelor of Fine Arts Degree from The State University of New York at Purchase and a Master of Music Degree from The University of Cincinnati. More at: https://soundcloud.com/andy-hasenpflug and https://andyhasenpflug.com . 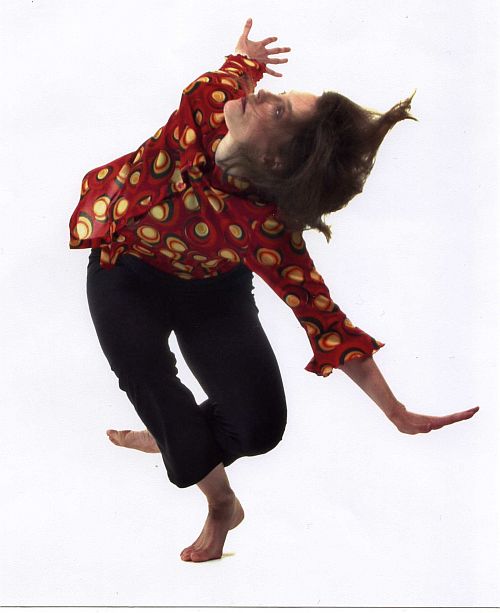 Jennifer Keller is the Chairperson of the SRU Department of Dance and teaches all levels of modern technique, improvisation, composition, dance technology, and contemporary partnering.  Her creative research explores the interactive possibilities between the projected image and dancers on stage, as well as the temporal and spatial possibilities of dancers on film. For 12 years, Jennifer directed Rock Dance Company, dedicated to children’s performances and other civic events.  Keller has received awards from the Pittsburgh Foundation and Pittsburgh Magazine, as well as the SRU President’s Award for Advisement, the SRU President’s Award for Creative Achievement and the Zuzak Teaching Artist/Scholar Award.  From 1988-1996, Keller worked with choreographer Mark Taylor, dancing in his companies in New York City and Pittsburgh.  From 1992-1998, she studied and performed with Nina Martin and the improvisational collective Locktime Performance. From 2008-2015, she performed with the dance theater company TanzTheater André Koslowski. Her dance films have screened in festivals in Brazil, Canada, France, Greece, Ireland, Italy, Malaysia, Sweden, as well as across the US.  She previously served for nine years as the Assistant to the Dean for the College of Liberal Arts and for one year as the Interim Dean of the college.

Jaya Mani's dance training began with a private tutor when she was eight years old. At thirteen years of age, she had her first formal performance, known as Arangetram. She then attended the Kuchipudi Arts Academy in Madas, India, and she also trained in the Bharatha Natyam style. She then opened a school where she trained students in Bharatha Natyam. After moving to the United States, she began to teach Bharatha Natyam in Pittsburgh and Youngstown, and has been conducting classes in Bharata Natyam for more than 30 years at the S.V. Temple in Pittsburgh. More than 90 students have graduated from her dance program.

Jaya has performed in a number of stage presentations, mostly solos, as well as with professional dance groups throughout India and in many countries around the world, including the US, Canada, Australia, Indonesia, Malaysia, Singapore, Sri Lanka, Kenya and Brazil. In connection with her professional stage shows, she has choreographed a number of individual items and dance dramas. With her husband, Dr. S.B. Mani, she has given lecture/demonstrations for many professional organizations, schools, universities and non-profit organizations in the US.

In recognition of her contribution to teaching and spreading the rich cultural heritage of India through dance, in 1994 she was given the title, Pride of India by Mayor Murphy of Pittsburgh, in conjunction with the Pittsburgh India Forum. In 2010, she also received an award from the Community Foundation of Westmoreland County and the Srinivasa Prasad International Foundation for Performing Arts, presented in recognition of her commitment and service in promoting the South Asian Performing Arts among North American Youth. Jaya has been instrumental in creating the Dance in India Program for the Department of Dance. 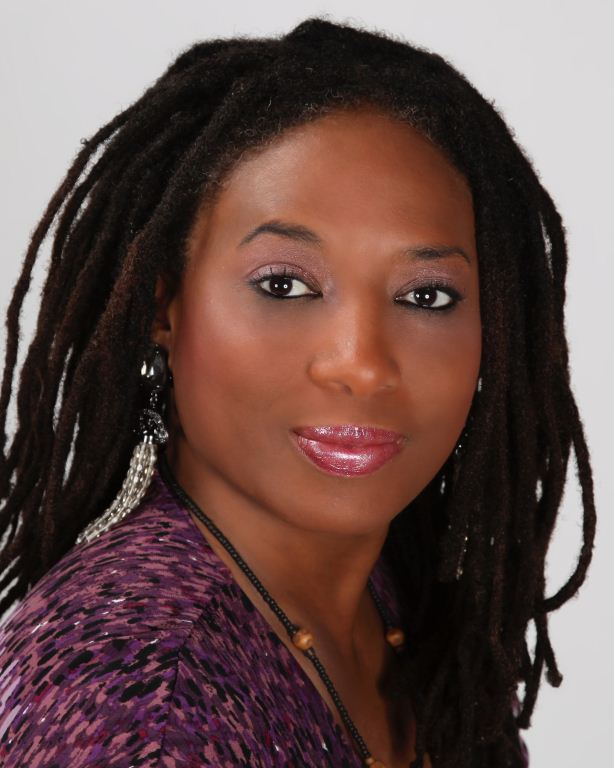 Ursula Payne is a graduate of The Ohio State University where she received her MFA in Dance with specializations in Performance and Direction from Labanotation Score. Payne received advanced training and earned certification as a Certified Movement Analyst from the Laban/Bartenieff Institute of Movement Studies in New York. Ms. Payne formed Mills and Payne dance company with Tiffany Mills and performed in various dance festivals and professional venues in New York City, Toronto-ON, Memphis-TN, Dallas-TX, and Eugene-OR. In addition to her work with Mills and Payne Dance (1995-2000), Payne performed as a dancer with Diane McIntyre in the film "The Beloved" and in McIntyre's evening length work "Love Poems to God" which premièred at BAM. Payne was also the featured soloist in Eva Gholson's "For the Love of One". Since 2000 Payne has functioned as an independent artist receiving four Pennsylvania Council for the Arts choreographic fellowships and numerous commissions from universities and professional dance companies.

Payne's other credits include staging from labanotation score Robert Battle's Primate at the American Dance Festival in 2012, Anna Sokolow's Scenes From The Music of Charles Ives at Slippery Rock University in 2004, and Donald McKayle's Rainbow Round My Shoulder at The Ohio State University in 1995. Currently Ms. Payne is the chairperson of dance at Slippery Rock University. Other positions held include Co-Director of the Young Dancers School, Director of the Dance Professionals Workshop, Repertory and technique faculty at the American Dance Festival. In addition to breaking numerous athletic records and being the PA AA State Triple Jump Champion in 1987, Payne was inducted into the Lawrence County Hall of Fame in 2010 for her athletic achievements in Basketball and Track and Field. 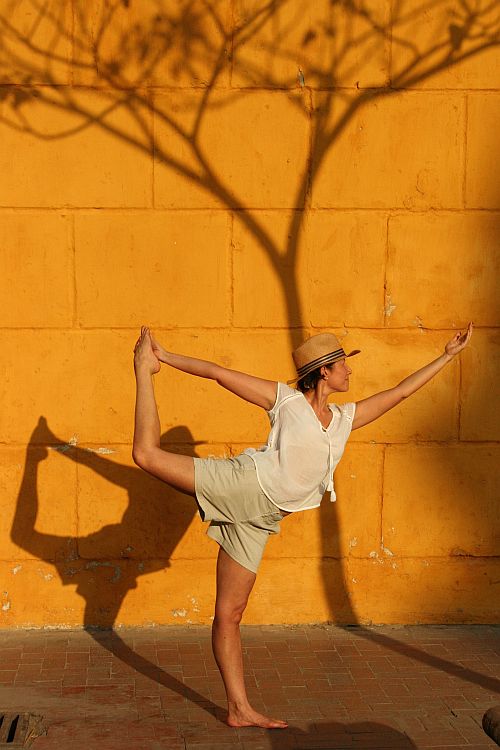 Melissa Teodoro holds an MFA degree in Performance and Choreography from the University of Hawaii at Manoa, and an MA degree in Dance Ethnology from the University of California in Los Angeles.  She has worked at the Department of Dance at Slippery Rock University since 2003. When not in the lecture room or dance studio, Teodoro continues to develop her research of Afro-Colombian dance forms. She has been awarded various grants that have supported her research such as the UCLA Latin American Studies Research Grant, The University of Pittsburgh Center for Latin American Studies Fellowship, the PASSHE Professional Development Grant, and the SRU Diversity Grant. These awards have enabled her to travel to both urban and remote regions of Colombia to pursue ethnographic research. Other grants such as the SRU President's Award for International Professional Development has allowed Ms. Teodoro to present her research at various international conferences such as Congress of Research in Dance (CORD), Society of Dance History Scholars (SDHS), International Council of Traditional Music (ICTM), and the Caribbean Studies Association Conference. Ms. Teodoro is the Artistic Director of the SRU Afro-Colombian Dance Ensemble (ACDE), a company that promotes Latin American culture through dance and tours the Western PA region. 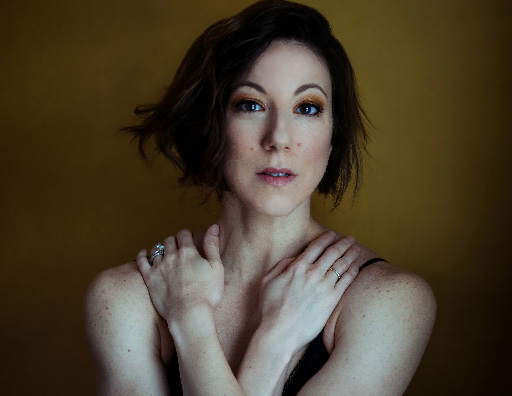 She has performed in Pittsburgh Civic Light Opera’s West Side Story and North Shore Music Theater’s Victor/Victoria. Film credits include Lead Arabian in Robert Lindgren’s The Nutcracker (PBS/UNC-TV), feature film Across the Universe (directed by Julie Taymore and choreography by Daniel Ezralow), music video Pieces of You by The Hot Seconds, dance film SILKEN : EDGE, and she is currently collaborating with director Cara Hagen on an upcoming dance film titled Color Theory. Her choreography has been presented at the Ailey Citigroup Theater (nyc), St. Mark's Church (nyc) and University Settlement (nyc) as well as commissioned for SUNY Fredonia, VIA Dance Collaborative, Point Park University, and Slippery Rock University.

She received her BFA from the University of North Carolina School of the Arts in 2002 where she was the recipient of the prestigious Sarah Graham Kenan Endowed Fellowship of Excellence. She also received her MFA in Choreography from the University of Iowa in 2014 as a Graduate Teaching Assistant and as the first recipient of the Strategic Initiative Fellowship recognizing excellence in her field. She was awarded a Community Supported Artist Grant through the New Hazlett Theater (Pittsburgh, PA) and presented an evening of her work titled OverExposed in April 2017. For this performance, she was also recognized as an “Outstanding Performance” in the Pittsburgh City Paper.

In 2017, she began performing for The Blanket (a Pittsburgh based dance company) where she performed the iconic works of Lucinda Childs and was featured in Dance Magazine Online. Additional performances with The Blanket include the works of Christopher Williams and Beth Gill.

Currently, she is co-authoring research on ethical jazz dance pedagogy with collaborator Jeremy Blair. She is also the co-founder and director of the FORGE Summer Dance Intensive, hosted at Slippery Rock University. She is an assistant professor of dance at Slippery Rock University teaching all levels of Ballet, Modern, and Jazz Techniques, as well as, Composition, Repertory and Lecture Courses.